After a few months of summer schedules and overseas trips for many of our designers, it was nice to reconvene altogether for the first Third Thursday of the autumn season. Amy Campos, an associate Professor of Interior Design at California College of the Arts and good friend of our very own Lindsey Theobald, stopped by last Thursday evening to introduce her new book to our office. The book, Interiors Beyond Architecture challenges the previous narrative of interior design, and introduces various case studies that question the ambiguity surrounding the boundaries between architecture and interiors. 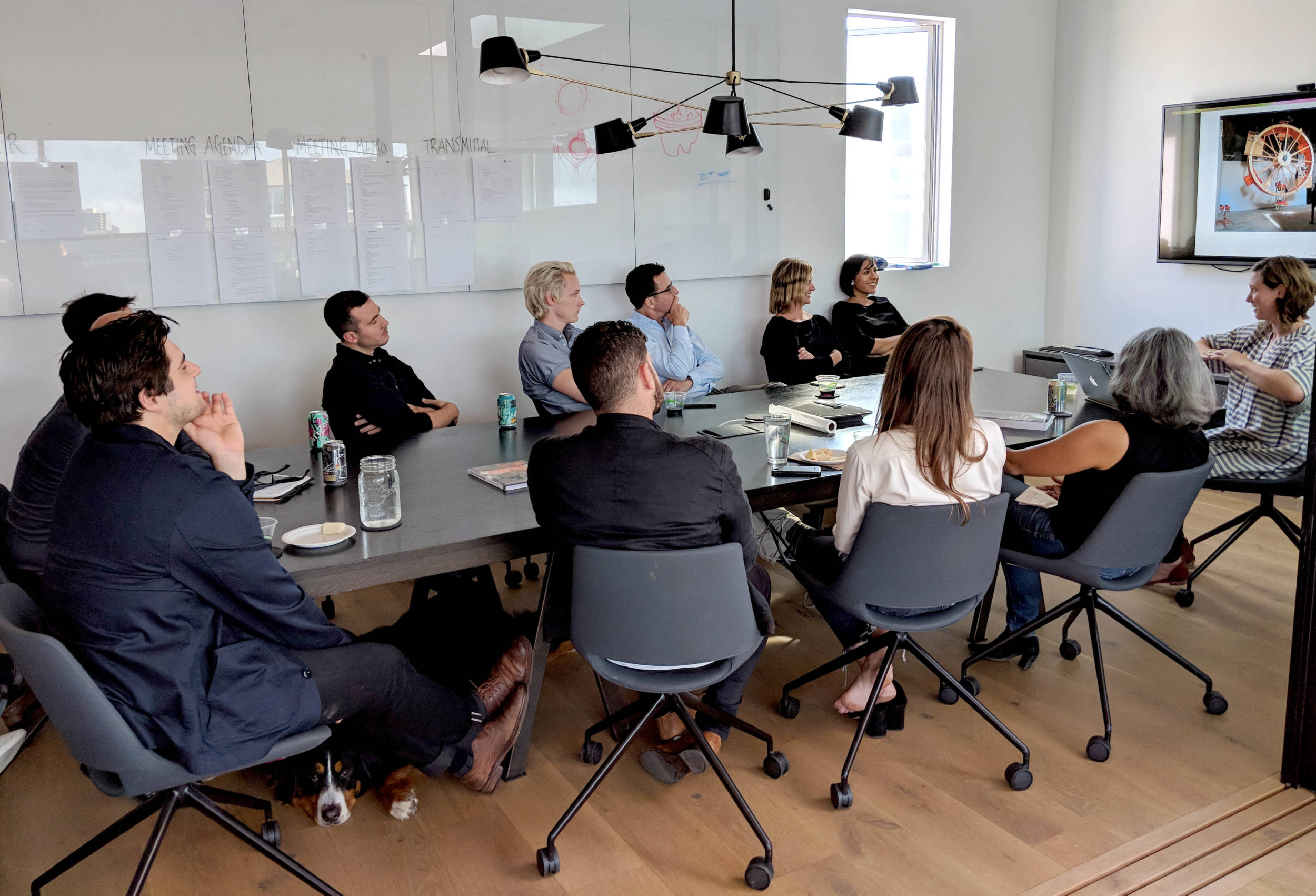 Revolving around themes of shifting identity, ownership, community, and space, each case study tackles a different facet of the discussion surrounding interior design and attempts to provide a new take on the age old discipline. Historically, interior design has been viewed and treated as subset of architecture, however for as long as the two have been intertwined, the complexity of the relationship has been studied and challenged. 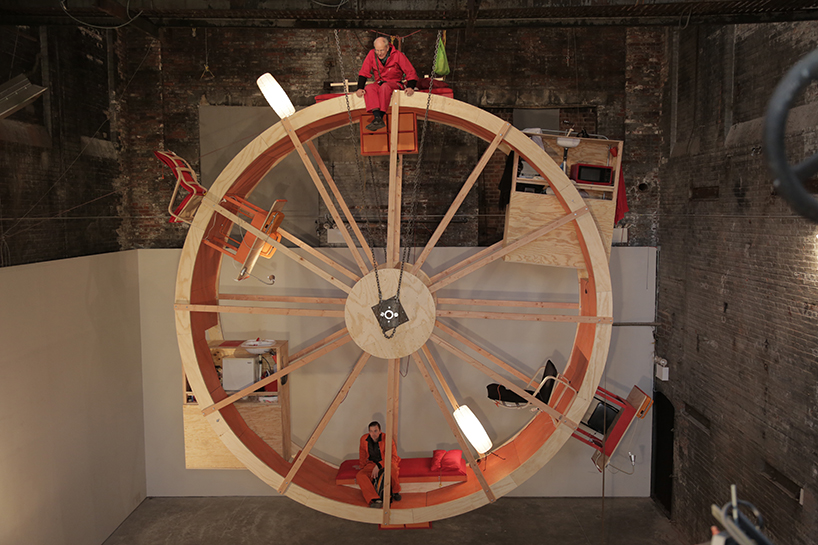 There were a few case studies in particular that stood out to our designers, the first of which being ‘The Wheel’ by Alex Schweder and Ward Shelley, an experiment in tandem living. The two artists lived on a wheel-like structure for 10 days, coordinating schedules and movement for every activity. The project dealt with ideas of spatial identity and embracing uncertainty and the way occupants “can use space in innovative ways to further their own sense of agency and self-determination” (Schweder, 69). It was fascinating to see the ways the artists’ lives become intermingled to the point of coordinating their bathroom and sleep schedules!

The idea of designers as ‘professional imaginers’ (not imagineers!) came up a few times in our discussion of media’s influence on design and vice versa. Architects, designers, and all artistic individuals essentially imagine for a living, describing things that don’t yet exist and communicating those ideas to the public, often times through media. Amy invited us to ponder how we know what we know about different fields, including our own, alluding to the influence of media in shaping our realities. Due to the growth of shows on HGTV and other design-based channels, designers have been given more opportunities to project their ideas into the mainstream, affecting not just the artistic sector, but the day-to-day realities of the average consumer.

Of course the question of sustainability in architecture was also a topic of conversation, us being an office focused on sustainable design.  Amy and our designers agree that designing a building or space to “last forever” isn’t sustainable, but she encouraged us to embrace the fleeting nature of design. Many interior firms create for the season, with consumers trading out pieces of furniture as they would trade out articles of clothing. Just as fast fashion is detrimental to the world around us, ‘fast design’ is no different. As designers we have the opportunity to shift and change that conversation surrounding sustainability and design—encouraging consumers towards better practices, and building pieces to improve the environment around us, rather than harm it.

The discussion eventually wound down after confronting the same cyclical question from which we began: is viewing the separation of interior design and architecture a positive or negative, or does it matter at all? The answer to that question is more complex than an hour of conversation can solve, but I invite you to ponder it all the same.

We’d like to extend a huge thank you to Amy, for coming in and waking up our brains at 4pm on a Thursday. I’m sure her students appreciate her and her knowledge just as we do, and we hope to see her again soon!

To read more of Amy’s work, check out here new book, Interiors Beyond Architecture, which can be found HERE. 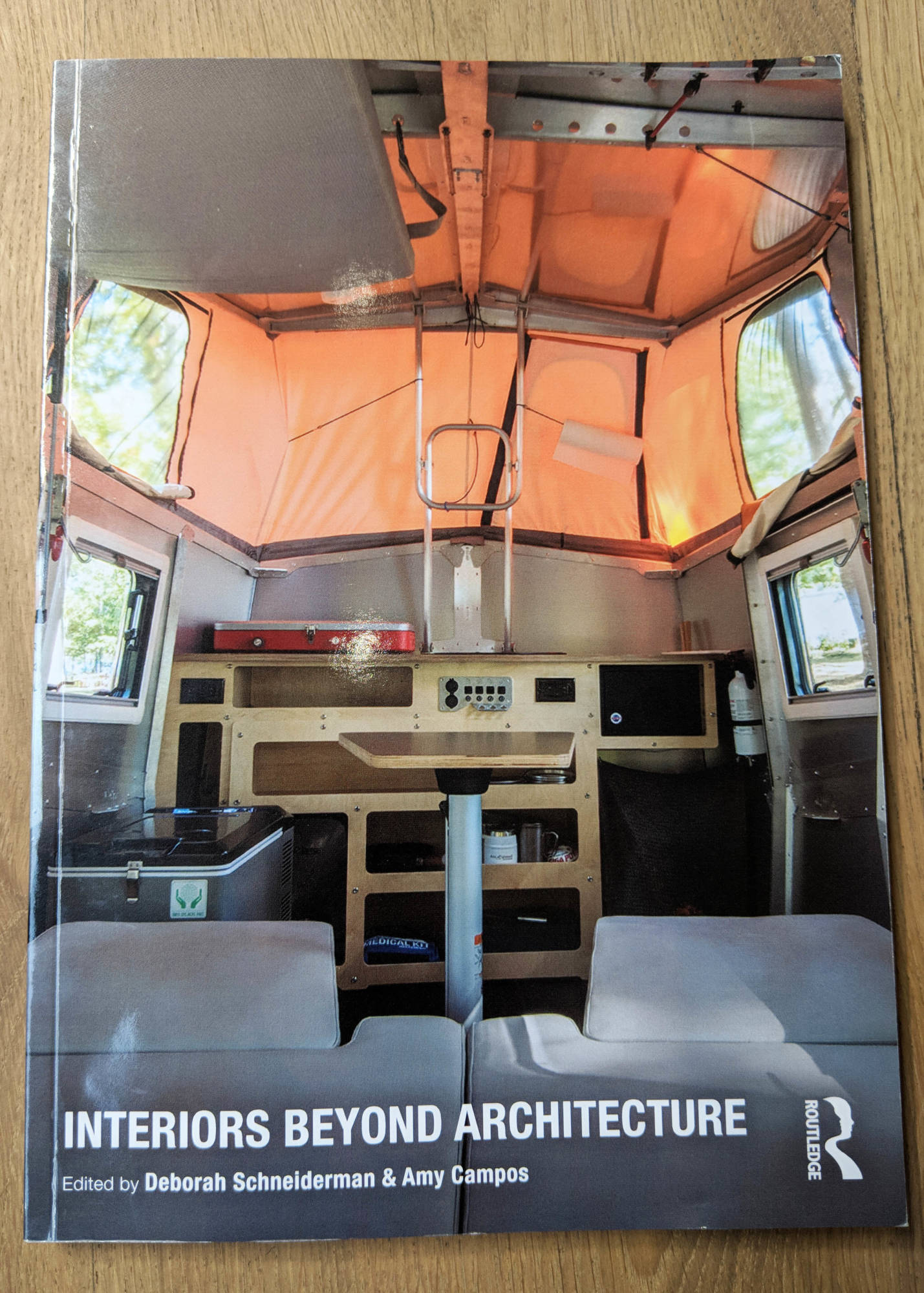