The Pacific Heights Townhouse involved updating and reconfiguring a 1906 stucco-clad Victorian. The owners wanted to maintain the building’s traditional feel, but also to infuse some modern elements, so the house would be both more livable and reflective of their personalities.  They also hoped for a light-filled house that would incorporate sustainable elements. Furthermore, the original house took up nearly the entire length of its lot and the clients wanted a garden that would be accessible from the main living spaces.

To achieve these goals, Feldman Architecture placed the living areas on the top floor, where the light would be best and where, by removing a large portion of the rear space, a roof garden was created. Most of the walls were removed from this floor to create spaces that are visually connected but functionally separate.

The building is set off the south property line, which allowed the addition of numerous large windows along the length of the house. New skylights on the north side flood the interior of the top floor and the long hallway on the second floor with natural light. Open-riser stairs, a light well, and interior windows also allow light to filter down to the second floor hall. 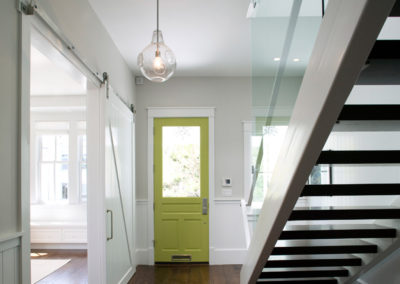 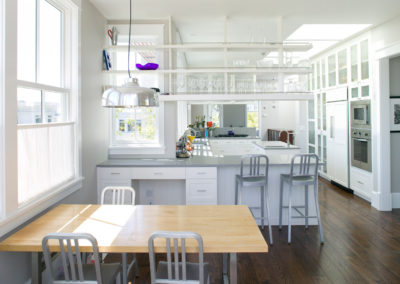 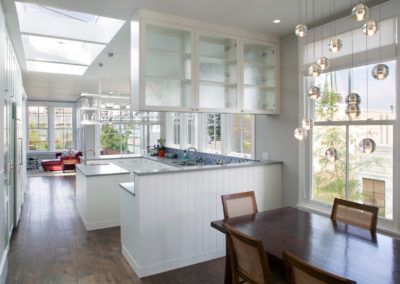 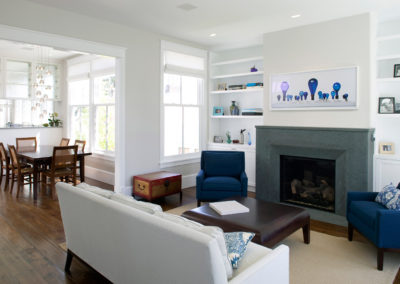 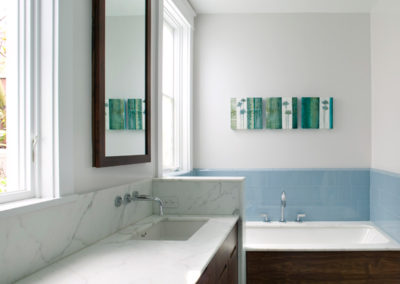 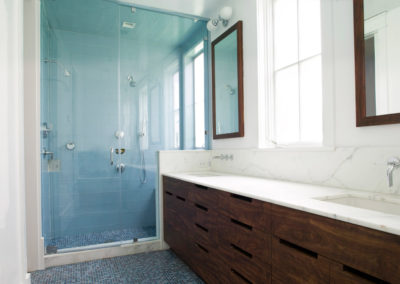 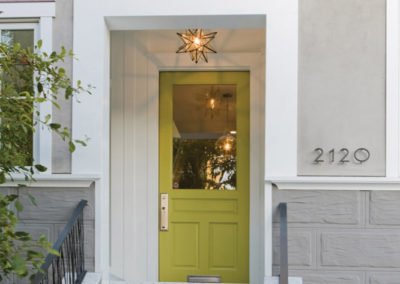 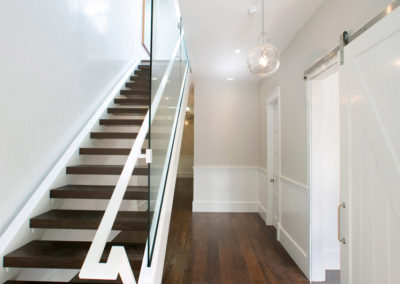 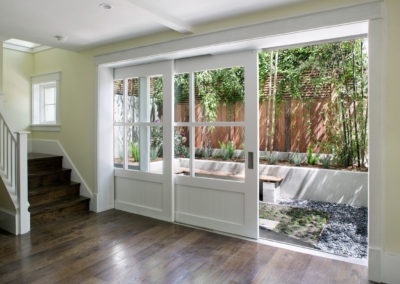 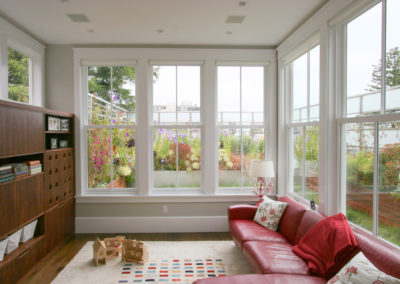 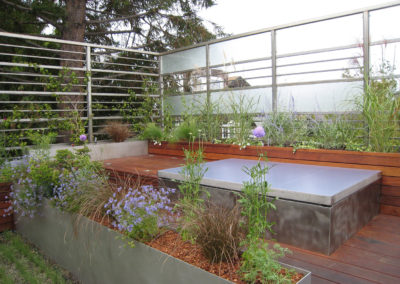 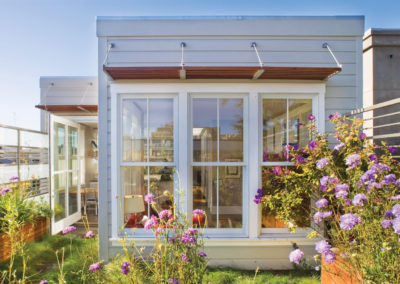