‘Paris is Always a Good Idea’

“There are two kinds of travelers. There is the kind who goes to see what there is to see, and the kind who has an image in his head and goes out to accomplish it. The first visitor has an easier time, but I think the second visitor sees more.” – Paris to the Moon, Adam Gopnik

I have always valued the experience of traveling alone and in May I went to Paris by myself for a week.  I had been to Paris twice before and on those trips I had lit candles in the Sacre Coeur and watched the sunset from its steps overlooking the city, visited the graves of my favorite artists resting in Pere Lachaise and walked through the expansive tunnels taking in the gravity of the history of the Catacombs.  This trip was a somewhat spontaneous venture for the gluttonous purposes of beauty, solitude, food & drink, as well as finally making it to Versailles.

This time around I was more comfortable trying to use my high school level French. My ‘bonjour’ must have been pretty convincing because I got full rambling sentences as a response on my first day, thus abruptly ending the fantasy that I am practically bilingual.  I had rented an apartment on a side street near St. Sulpice in the 6th arrondissement. Arriving jetlagged and happy, I spent my first night having dinner at a familiar place, Les Antiquaires, the restaurant where I had spent my 40th birthday on my previous trip.  I tucked into a small table between a group of Canadians celebrating birthdays and a group of Austrians on a layover, all of whom would soon adopt me and befriend each other.  A few of them individually shared their stories with me of visits to San Francisco, a love affair that ended in Paris, and the hope of a new baby. As new friends, we wrapped up our dinner by inflicting a red wine saturated version of ‘Que Sera Sera’ on the other patrons, which seemed totally appropriate at the time.  That night, I walked back to my apartment in misty rain with no umbrella, a relaxed smile and tired, happy tears running down my face.  It was the kind of magic that I regularly only imagine.  It was charmed.  It was perfect. 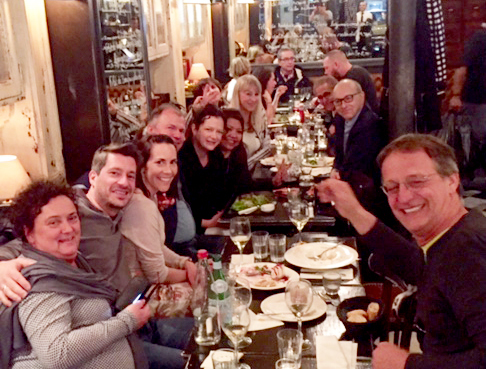 My first two full days in Paris were quiet.  It was over a holiday and most of the city was closed.  The weather was beautiful so I just walked.  I went through the 6th and 7th arrondissement.  Rue Cler was one of few streets where shops and cafes were bustling despite the holiday.

The following day I had breakfast at Café Panis and watched the people crossing the Pont au Double bridge to line up in front of Notre Dame. I visited the Maison Europeenne de la Photographie and took my time looking through the galleries of photographs.

My nephews wanted to FaceTime during my trip so they could see the Eiffel Tower live from San Francisco.  So I made a date with them at midnight one night and stood at its foot as it twinkled and glowed.

Me: “I arranged for it to twinkle during our call’.

Me: “No. That’s just what it does every night because it’s Paris and it’s beautiful and I love it here because Paris is magic’.

Café de Flore was a famous gathering place for writers and painters of past times primed for a revolution.  It was 4 blocks from my apartment and it was always a good place to start or finish the day.  I would alternate between Café de Flore, Mabillon and Café de la Mairie just down the street on the square of St. Sulpice.  I’m sure at a certain point, I went to all three in one day.

All that time spent in cafes was my chance to write in my travel journal and finally read a book my cousin gave to me years ago, Bird by Bird: Some Instructions on Writing & Life written by Anne Lamott.  It was the perfect book for the trip.  It was a metaphor for life, about a process that relies on perseverance despite an internal dialog of imminent failure. It rescues the process with a little blind faith and just enough of my kind of dry humor.

“ I stood there feeling very shy and self-conscious and pleased. Then I said, ‘Do you think it makes my hips look too big?’ and she said to me slowly, ‘Annie? I really don’t think you have that kind of time.’

It’s true.  We really don’t have that kind of time. A realization too easily saved for twice a year in a place far from home, but I keep trying.

My last full day, I finally made it to Versailles.  I am always wary of tourist traps on vacation after living in San Francisco for so long but Versailles is truly awe-inspiring. The grand presence of it from the bottom of the uneven stone street hill was worth just standing there for a few minutes to admire even though people were piling up in front and I didn’t know where I was supposed to get a ticket or which long line was for what.  Another great part of traveling alone is that you decide on your own what is worth a rush.

The gardens are poised to spend an entire day enjoying on their own.  Classical music played from hidden speakers and families picnicked along the greens.  I walked along the corridors of trees and finally sat on the stairs overlooking the parterres of the garden to take it all in. 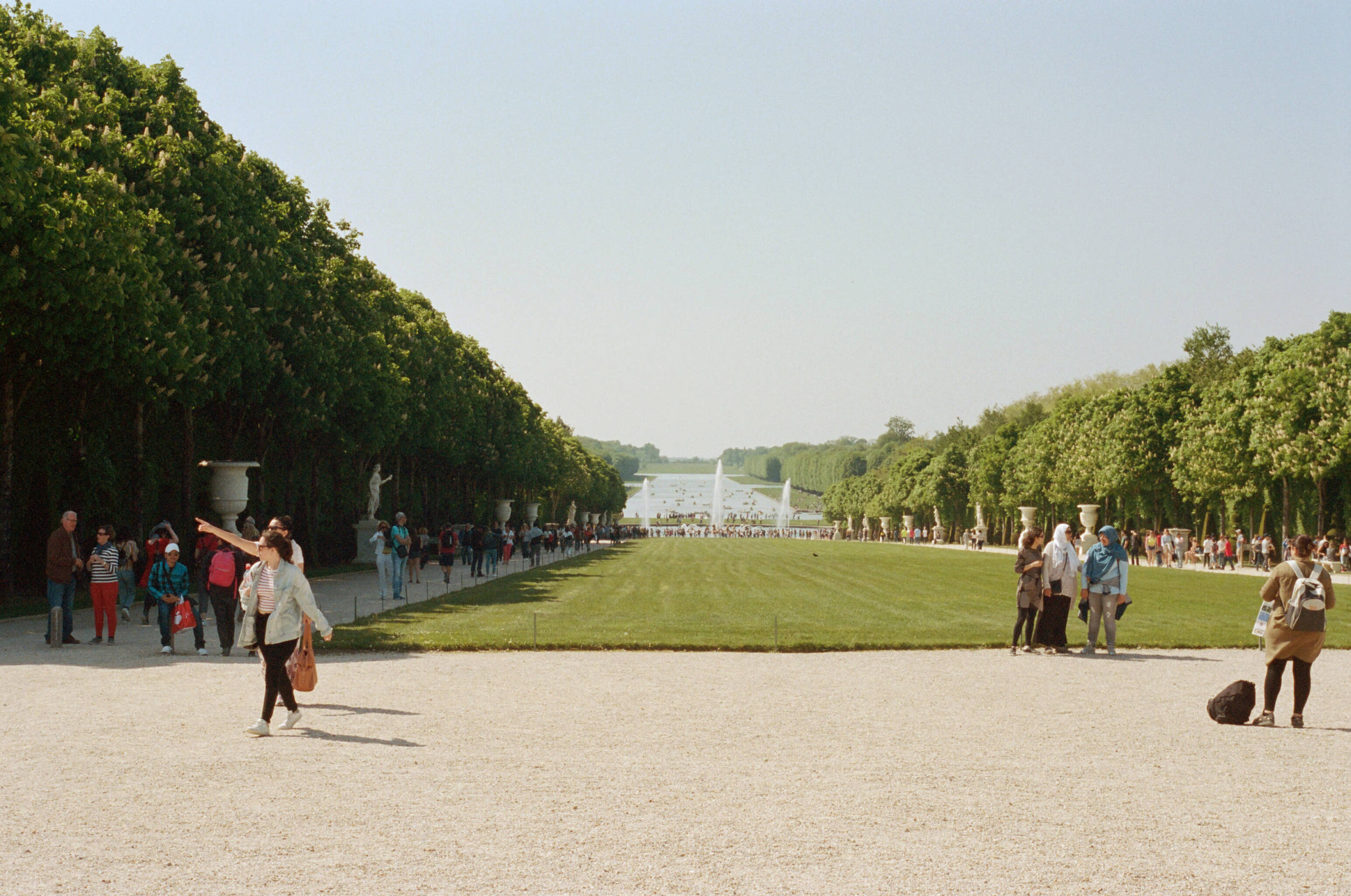 That night I decided to go back to Les Antiquaires.  By coincidence I was seated at the same table with the same waiter who remembered me from my first night.  He told me that if I ever wanted to make a reservation for that specific table it is table eight.  Eight happens to be my numerology life path number.  It represents balance, harmony and trust in one’s self.  It mirrors the symbol of infinity.  It has always been a lucky number for me.  Of course it was table 8!  I told him it was my last night in Paris so unfortunately I would not be needing a reservation.  When I got up from my table to leave, I caught his eye and said goodbye. As I walked out the door he waved and said, ‘have a safe trip back to San Francisco’!  Good bye for now Paris..