This fall brings lots of exciting happenings around the Feldman office – new faces, new clients and projects, and the completion of several stunning projects including a fabulous office renovation at the Presidio. 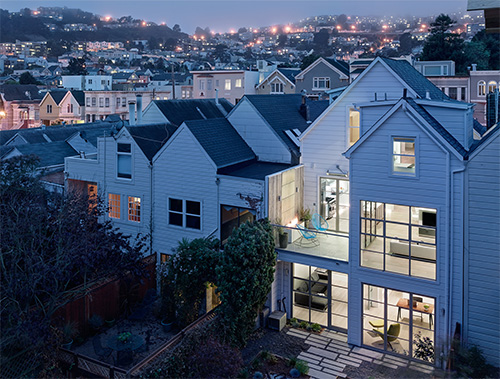 In the news, Remodeling Magazine chose our Noe Valley Remodel as Project of the Year in the 2013 Design Awards; check out the video with one of the judges noting several features of the project. The Shack won a Merit Award in the Builder’s Choice and Custom Home Design Awards for Best Outdoor Space, recognizing the building’s strong indoor-outdoor relationship and Loretta Gargan’s beautiful garden design. We were also pleased to be part of the AIACC’s Monterey Design Conference Home Tours in late September, bringing architects and architecture enthusiasts to see our recently finished Butterfly House in the Santa Lucia Preserve. Check out Matthew’s blog post on the conference to get a closer look at the weekend down south which many staff members enjoyed!  We’re also working on a re-design of the website to be launched in early 2014. 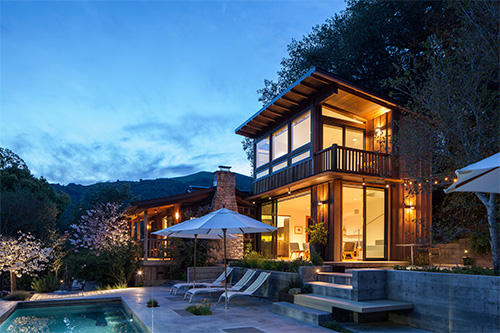 Dwell featured the Shack in the September issue, focusing once again on the great outdoor space in that project, and the October issue of San Francisco magazine included Mill Valley Cabins in the Design Scout section. The eco+historical Victorian Update was profiled by Ecohome Magazine, highlighting many of its green features and our collaboration with eco+historical. Also, photographer Russell Abraham released a new book, Rural Modern, which highlights modern residences from around the United States including the Caterpillar House.

‘In-house’ we also have big news with Steven Stept joining Feldman Architecture as Principal in August. Brett Moyer was named an Associate as well, recognizing his leadership within the firm as well as his dedication to clients and projects including the soon-to-be completed Ranch o|h, the soon to-be-completed modern farmhouse in Palo Alto, and the award-winning Shack. Michael Bautista and Daniel Holbrook also joined our team this month; be sure to check out their bios on our website. And finally, Hannah and Patrick Brown-Lopes welcomed Philippa (Pippa) Maya to their family. We’re wishing them the best in Hannah’s leave, and look forward to seeing the new face around the office when she returns!