One of the champions in the promotion of green design has been the United States Green Building Council, USGBC, with its well-known LEED, Leadership in Energy and Environmental Design, program. Buildings which have earned the LEED designation are known to have met and exceeded the standards of the local, state and federal requirements for green design. Here in California, our Title 24 and local requirements, some of which even require that projects meet the Green Point Rating system administered by BuildItGreen, tend to be quite progressive in terms of protecting the environment, but LEED tends to push the green building practice steps further. END_OF_DOCUMENT_TOKEN_TO_BE_REPLACED

The Troglodytes of the Loire Valley 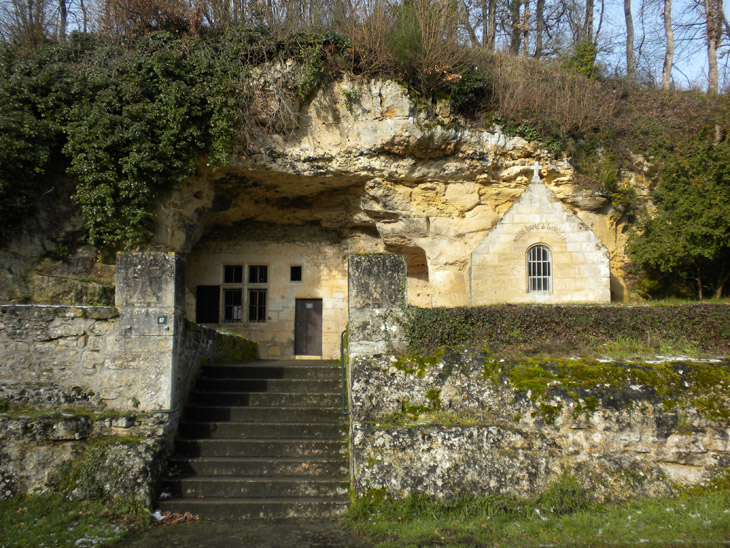 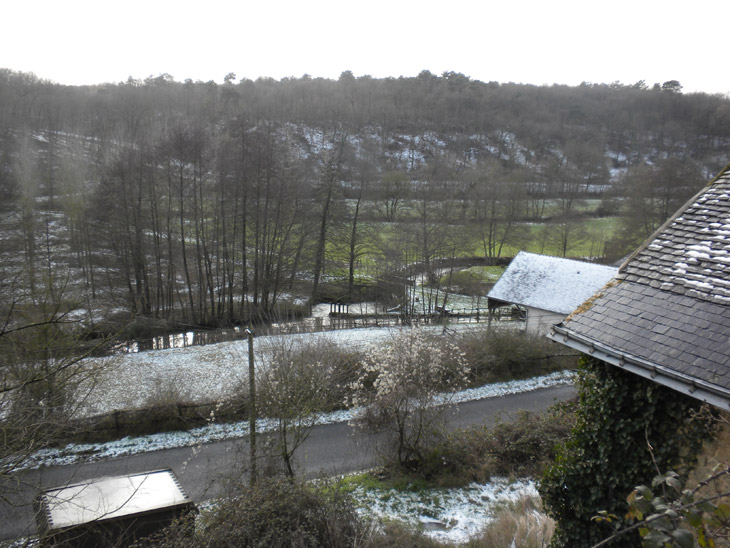 Three summers ago, I stopped at The Sea Ranch on my way to San Francisco to visit my future husband. I sketched the small chapel and wondered if and when I got married, if I could limit my guest list to the 8-10 people that could be seated in the chapel.

When the time came, as an architect-and-bride-to-be, I did my due diligence researching wedding venues, but my husband to be had a feeling The Sea Ranch Lodge would be the place. What The Sea Ranch offered was not only Modern Architecture (yes, capitalized) blending with a beautiful landscape – but authenticity. When I took my fiancé to visit, we were reminded of our childhood homes in different ways and felt calm and connected to nature.

Our reactions to this place were no accident. The Sea Ranch was designed as a vacation community in the 1960-1970’s by the landscape architect Lawrence Halprin and several architects including William Turnbull, Jr., Joseph Esherick, and Charles Moore. The lodge, community buildings and 10 miles of vacation homes have been built since in strict accordance to an architectural style based on local barns that date to the late 19thcentury. There is something very unique and effective about the results.

I was unable to limit my guest list to fit into the chapel I had sketched years before – the one dramatic exception to the design guidelines. Instead, family, friends and friends who are also co-workers filled a tent flanked on two sides by the lodge’s guest rooms and wood walk ways. It rained, which was wonderful. Suddenly, everything was spontaneous and somehow better than what I had meticulously planned. Photos occurred in all the right places and a glowing sunset drew a crowd out of the tent just before dessert. – Camille

Dave Feldman, brother of Principal Jonathan Feldman, returned to the Bay Area last week to join the Comcast SportsNet Bay Area team. This is the first time the brothers have resided in the same place since Dave went off to college in 1983! Dave comes to CSN Bay Area to take the lead on 49er broadcasts, as well as helping with Pre- and Post-Game shows for MLB, NBA, and NHL. Dave has worked as a sportscaster all across the country, including stints at ESPN, WTTG-TV (FOX) in Washington, DC, and KTIV-TV (NBC) in Sioux City, Iowa. Dave graduated from Tufts University with a Bachelor of Arts in English. Jonathan is very excited to have his brother around, and the rest of the office is excited to (hopefully) get some great tickets to games. You can find a full bio on Dave at CSN Bay Area’s website. 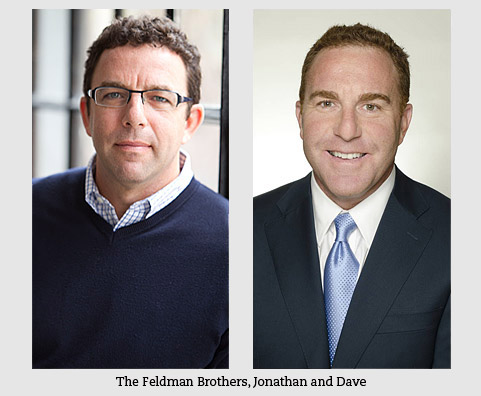 I recently took a quick trip back to my home town of Ann Arbor Michigan.  Even though I was on vacation, I couldn’t help but snap a few shots of the architecture in the city.  Ann Arbor is composed of nice old university buildings as well as a lot of contemporary architecture. 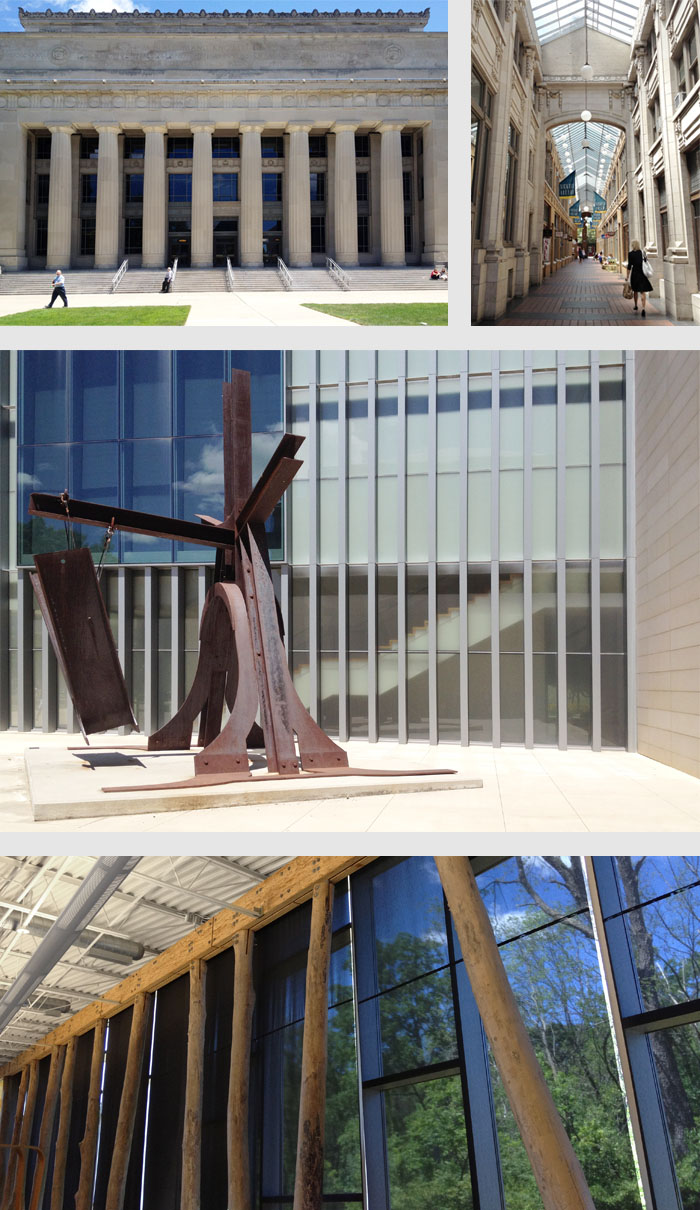 From top to bottom the buildings are: Angell Hall, Nickles Arcade, University of Michigan Museum of Art, & The Ann Arbor District Library Traverwood Branch.  For more information on any of the buildings click the links above.

‘Tis the season for final exams and design reviews, and in this spirit, we’ve collected a list of favorite books from studies past and present.   Anyone who enjoys reading about the built and natural environment would enjoy them.

At Home, by Bill Bryson
Matt thinks this book is brilliant! It’s a history of domestic life over the last 150 years; if you’ve ever wondered how incredibly difficult life was for us before electricity, dining rooms, silverware, grocery stores, and even indoor plumbing, read this book. Next time you flush the toilet or open the refrigerator for a snack, you’ll think about just how ‘easy’ home life is here in the 21st century. Enjoy!

Learning from Las Vegas, by Venturi, Scott Brown & Izenour
Even if you are not a disciple of Post-Modern art and architecture, the thesis of Learning from Las Vegas breaks down the distinctions between high and low. Hannah enjoys this book’s wit and humor as the authors demonstrate how much we can learn from what has been traditionally deemed “low”.  And what’s not to love about a decorated duck?

Masters of Light, by Henry Plummer
Bridgett finds this book both visually and intellectually inspiring, as it looks at changing thoughts on light across disciplines and at case studies of architecture that are composed of light and shadow.

In Praise of Shadows, by Jun’ichiro Tanizaki
Although we do still prefer our cleanly toilets, we are all inspired to “immerse ourselves in the darkness and discoverits own particular beauty…”

Wabi-Sabi for Artists, Designers, Poets & Philosophers, by Leonard Koren
Modernism is cool, wabi-sabi is warm.Modernism romanticizes technology, wabi-sabi romanticizes nature.
Wabi-sabi is the beauty of things imperfect, impermanent, and incomplete.
It is a beauty of things modest and humble.
The Eyes of the Skin, by Juhani Pallasmaa
“The body knows and remembers.  Architectural meaning derives from archaic responses and reactions remembered by the body and the senses.”

“Associative, wild, free, ordered and systematic thinking in images, in architectural, spatial, colorful and sensuous pictures – that is my favorite definition of design.”

The Tao of Architecture, by Amos Ih Tiao Chang
This is a light read that Tai found to be a good counterpoint to the more cerebral texts required in his university days, when he was more interested in phenomenology than highly theoretical studies in architecture.

The Death and Life of Great American Cities, by Jane Jacobs
A must read for several of us in the office and for those who love the city. Jane Jacobs brought to life the concept of the “eyes on the street” which can be seen in action in amazing, transformative programs throughout the US, including Geoffrey Canada’s Harlem Children’s Zone.