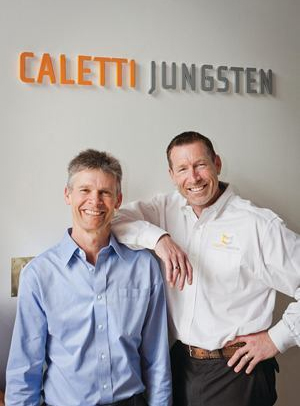 Jeff Jungsten started his career in construction right across the street from his current office – as a student at Tamalpais High School in Mill Valley, California Jeff worked as an after school laborer at nearby construction sites. He remembers discovering innovative solutions to construction obstacles and finding joy in suggesting shortcuts to his bosses, “efficient solutions born out of teenage boy laziness” Jungsten recounted. Realizing his love for building, and what he would later recognized as an affinity for sustainable, efficient construction processes, he delved deeper into his expertise.

As a student at Chico State, Jungsten was connected to a job by his father (a professional in the Audio Visual industry) at the 1984 Los Angeles Summer Olympics opening and closing ceremonies- constructing a display that had to be easily, efficiently, and aesthetically constructed and destructed. “This was my first experience in a ‘no fail environment’, something that I have applied to all jobs since then.” From the Olympics, to renovating classic San Francisco Victorians- Jeff quickly became an expert in the California building scene, and joined up with Caletti Construction in 1994. In 2004 Jeff became a partner and Caletti Jungsten Construction was born, and later, in 2015 John Caletti retired and Jungsten Construction was on their way. 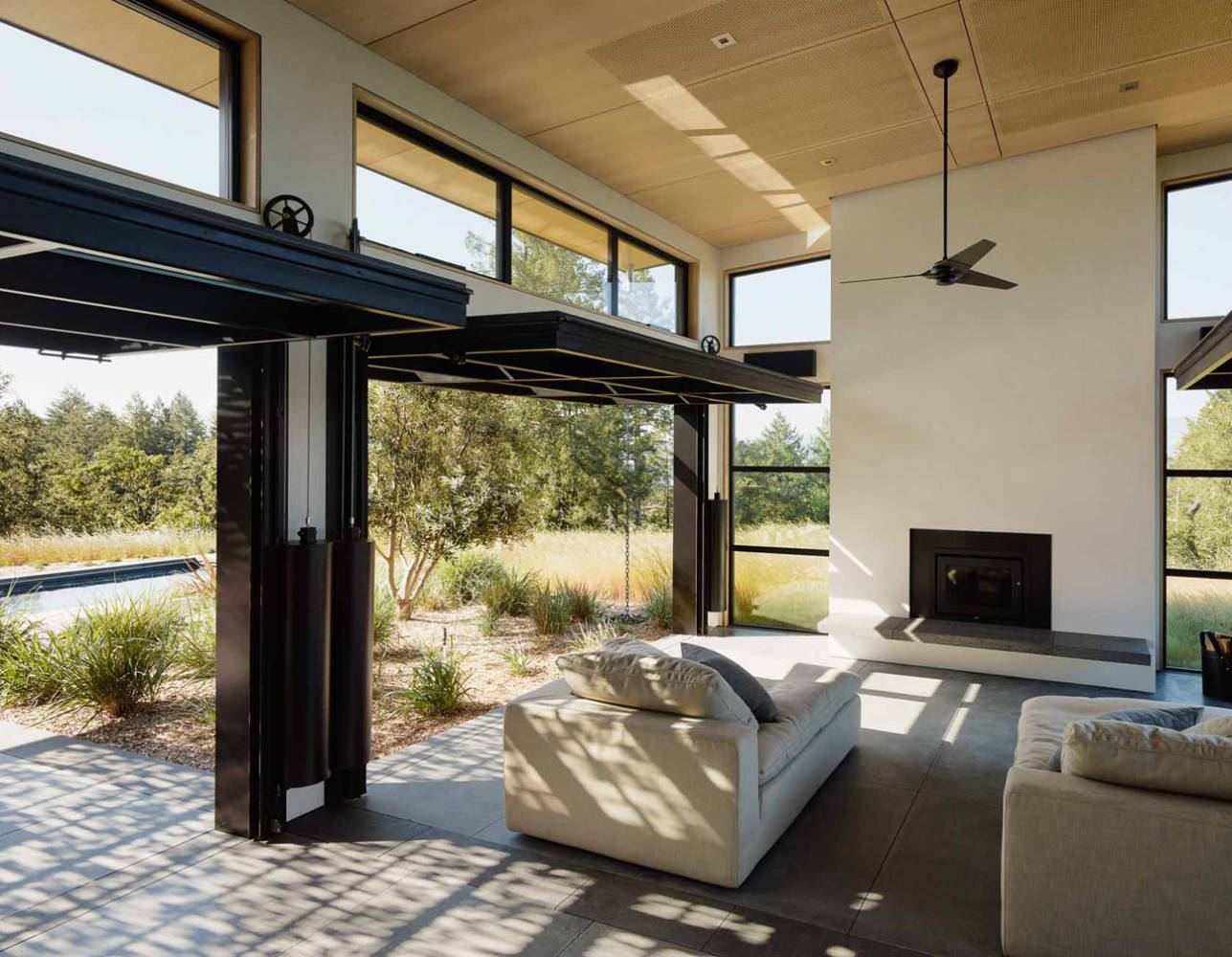 Today, Jungsten Construction is Marin’s go-to when looking for best practice in sustainable construction. Jeff has cultivated a unique business model- building a collaborative, trusting, and honest environment from the very beginning of each project, bringing together teams based on sites and trusting relationships, as opposed to transactional, competitive jobs that plague the current industry. Jungsten sees himself as both an advocate for the client and architect, facilitating relationships and finding the best, most sustainable outcome for each project site, team, and budget. His philosophy is that the most efficient, and therefore, more sustainable way to approach a project is with the right team from the very beginning- which also provides the highest value of work and quality to clients. 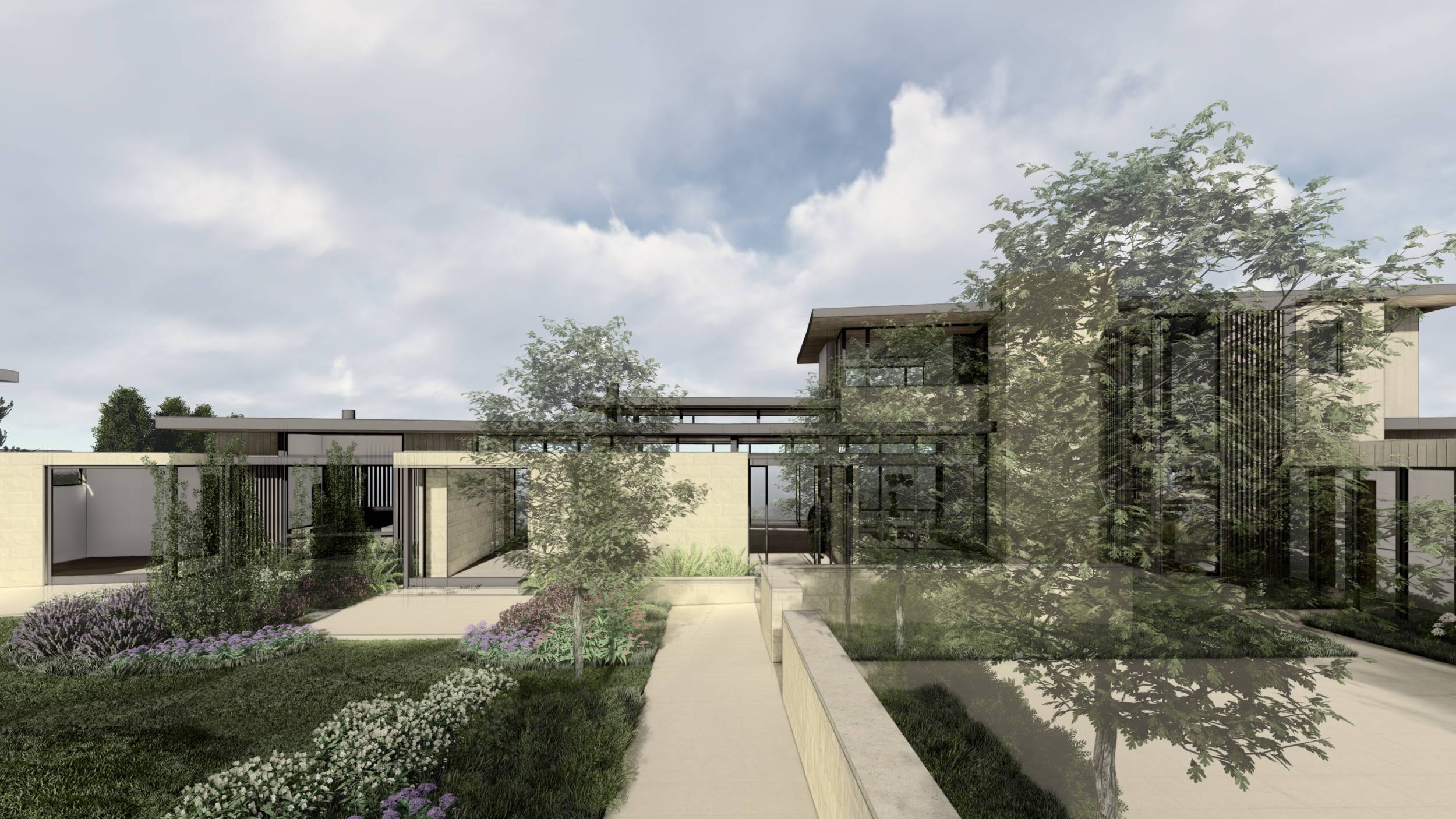 A recent rendering from a Feldman Architecture/Jungsten Construction collaboration

FA first engaged with Jungsten Construction on what is now one of our favorite projects, Sonoma Wine Country 1, in which our teams pushed each other and the final design to the next level. This Fall, FA has two projects in the works with the Jungsten team– which Jeff pulled us into. “One of our clients called me and said they wanted a house that seamlessly fit into their breathtaking site, and I immediately thought of Butterfly House and some of the other work in the Santa Lucia Preserve, and FA was my first call and my only call. Their humility, their design, and their expertise truly made them my first choice, along with their seamless design connecting site and structure.”

Working with Jeff and the Jungsten Construction team is a pleasure because of the commitment to their collaborators and their clients. Jeff works twice as hard to make our job and the client’s lives easier- how can we say no to that?

An Interview with David Toews of BayWest Builders...

A few months back I was given the opportunity to tag along on a site meeting to Los Altos Hills. My purpose was to interview David Toews, BayWest Builder’s superintendent on site at the Round House. I’ve been interested in this project since I started at Feldman Architecture due to its unique circular shape, and the innovative ways the various teams have tackled the challenges that come with a perfectly round form; notably David’s creation ‘The Tool’.

For the first hour or so I had free reign to explore the home, snapping photos and admiring the views. Once the meetings had finished and the walk-through was complete, David was happy to sit down with me and discuss his background in construction, as well as his excitement for this particular project. Despite his current construction expertise, David grew up in a musical family. His father was a brilliant composer who started the Cabrillo College Music Festival, though for reasons unknown encouraged David away from the musical path. David joked that he “wasn’t sure if it was due to the difficulty of the business or [his] lack of musical talent!”

At age six he was given his first tool set, which he promptly got taken away by his mother after sawing through a support beam on his front porch. During his early teen years he attended an alternative high school / college and turned his attentions toward the medical industry. He decided at 17 that medicine wasn’t for him after dropping out of college to pursue other interests. At 19 he entered his first carpentry job, but wasn’t yet thinking of it as a trade. Shortly after, he was taken under the wing of Ed Powell as a carpenters apprentice and his career in construction really began.  From Ed he learned not only the hands-on skills associated with construction, but also the values behind his way of business. As a child he had spent time with his uncle learning how to build architectural models, paint with watercolors, and generally learning how to problem solve. The time with his uncle had a huge influence on his later life, and his time with Ed reminded him of those experiences.

Following his tenure with Ed Powell, David went on to work at Pressman Construction where he learned about business management but felt the company didn’t extol the same values he’d admired in Ed. In 1986 he started his own company, built on core tenants he believed in, and ran it for 30 years. He proudly kept his clients happy but admits that despite being a good builder, he wasn’t a very good businessman. Thus, his company closed in 2016. For the past three years he’s worked under the leadership of Derek Gray, which he happily says allows him to focus on what he loves most—building.

The Round House is situated up in Los Altos Hills with views of the Bay from the kitchen and living room. The clients fell in love with this quirky circular home and later made the decision to remodel. Since the house is a perfect circle, David stressed that geometry and strict calculations were important from the get-go. He felt from the beginning that the house needed a compass to guide its construction. He told me that when he’s planning out a job, he views the building in layers, starting from the foundation all the way through framing and steel work. Getting each layer done right is what causes a project to succeed. After seeing the plans for the Round House, long before starting the project, he had a dream about the Sundial Bridge in Redding and in the morning the idea for the perfect tool dawned on him. Derek approved of his plan and after telling the owners, architects, and subs, told him he’d better build it!

‘The Tool’, a cross between a trammel arm and compass, is 16ft tall with a 45ft long boom. Its function was to properly measure the circumference of the house during the construction of its foundation and walls. It helped the team keep track of the vectors in plan and make sure each wall lined up with its counterpart. The name for ‘The Tool’ was inspired by a Russian carpenter who worked for David many years ago. He put together a complex piece of furniture without any fasteners; the through dovetail mortise and tenon connections were locked in place using a small block of wood that tapped the parts into position.  He said if you were to take it apart, save the ‘TOOL’, which he had written on the piece of wood. David laughed when he said the name stuck with him and thought he’d pay homage to the work ethic of the man who thought of it. And of course, he still has the ¼ x ¼ x 4” ‘TOOL.’  David said that while he was building it his “heart said it’ll work but [his] mind was still questioning it.” Finally though, “it just took flight.”

Now that the project is past framing, the team no longer has use for ‘The Tool’. David likened it to a “dragon friend in Game of Thrones” and was sad to take it down. He hopes that he won’t have to dismantle it, and is looking at donating it to somewhere like a children’s museum. If anyone knows a good place to display it, please let us know!

When asked about the challenges he faced in this project, David had only positives to share. He mentioned how exciting it is to work on this type of job, and how he’s constantly excited to jump out of bed in the morning and come to work. You can tell that David is truly following his passion, and that problem solving is in his nature. He believes in constantly learning, adapting, and holds the view that ‘information doesn’t just fall from the sky, [he] was very fortunate to have mentors to pass on knowledge that had in turn been passed on to them.”

I want to extend a huge thank you to David for taking the time to speak with me and share his story regarding this fascinating project, and his storied career path and passions. Make sure to check back On the Boards for updates as construction on the Round House should be finishing up later this year!