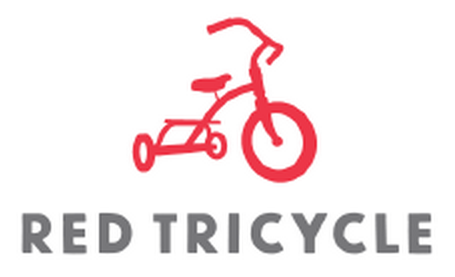 This past weekend, Steven and I visited a few signature Feldman projects not far from the massive forest fires that hit Big Sur recently. As helicopters circled overhead, we became increasingly alarmed by the staggering severity of the crisis, which affected nearby areas but not any Feldman projects themselves. The affected area has grown to approximately 15,000 acres and while there are 1,500 firefighters working to mitigate the situation, containment currently stands at only at 5%. So far, no Feldman projects are at risk, but there’s been a call for voluntary evacuation of homes in the area. Two of our clients are full-time residents and are hanging in there, though their bags are packed for a quick exit should things get worse. It’s a sobering reminder about the power of nature, and the need to respect it. To stay up to date on developments, head over to http://www.fire.ca.gov/current_incidents . 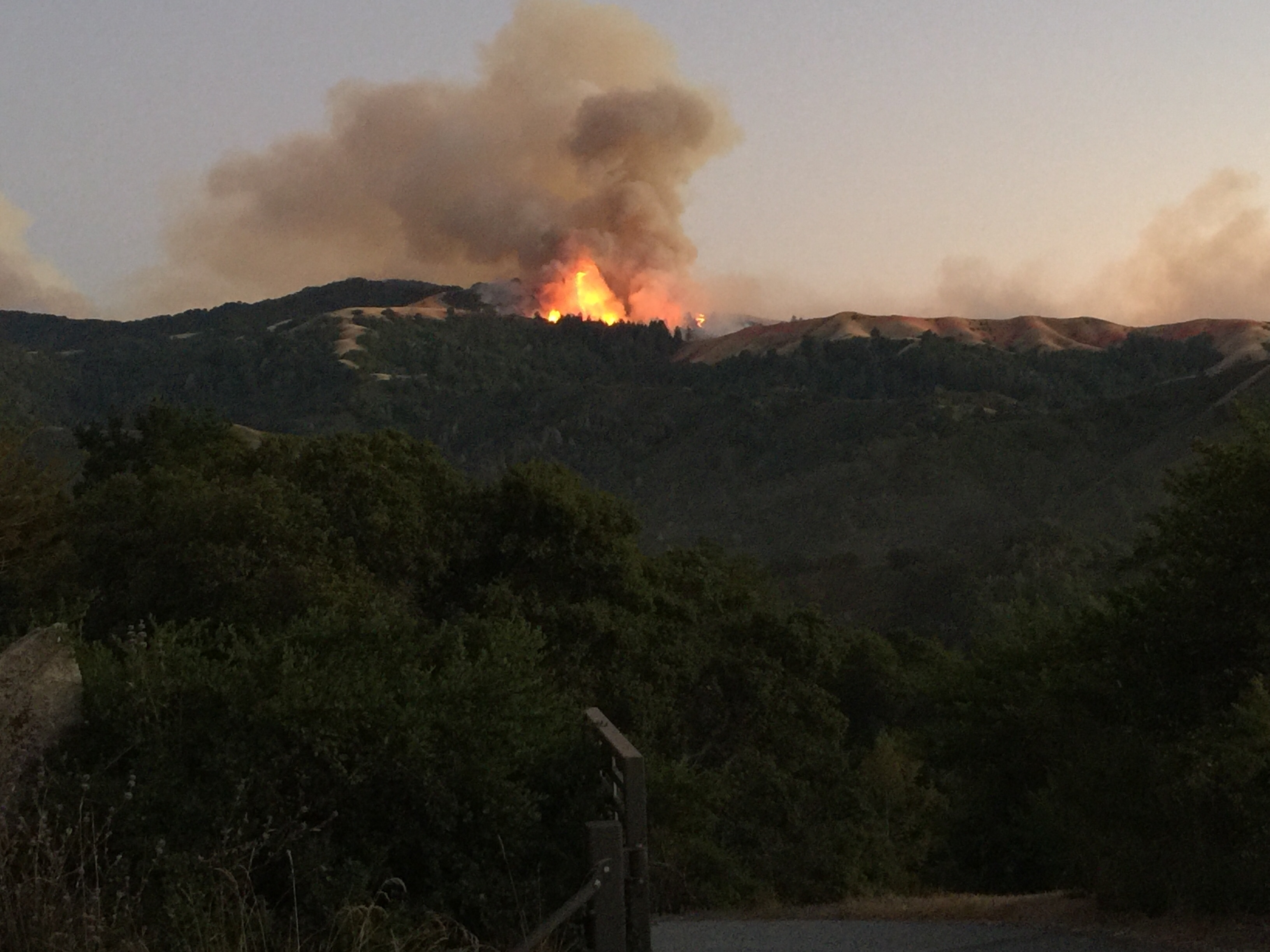 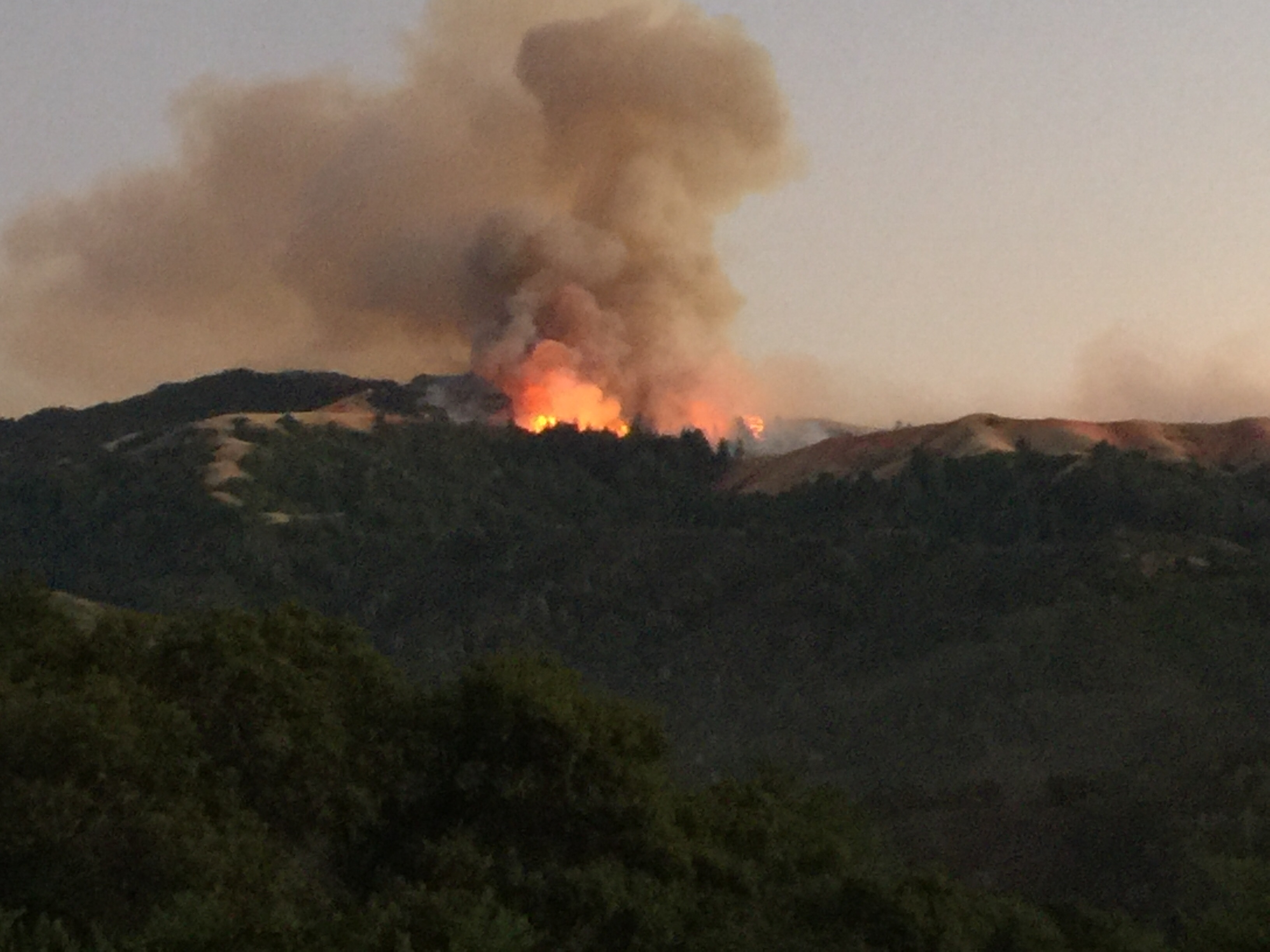 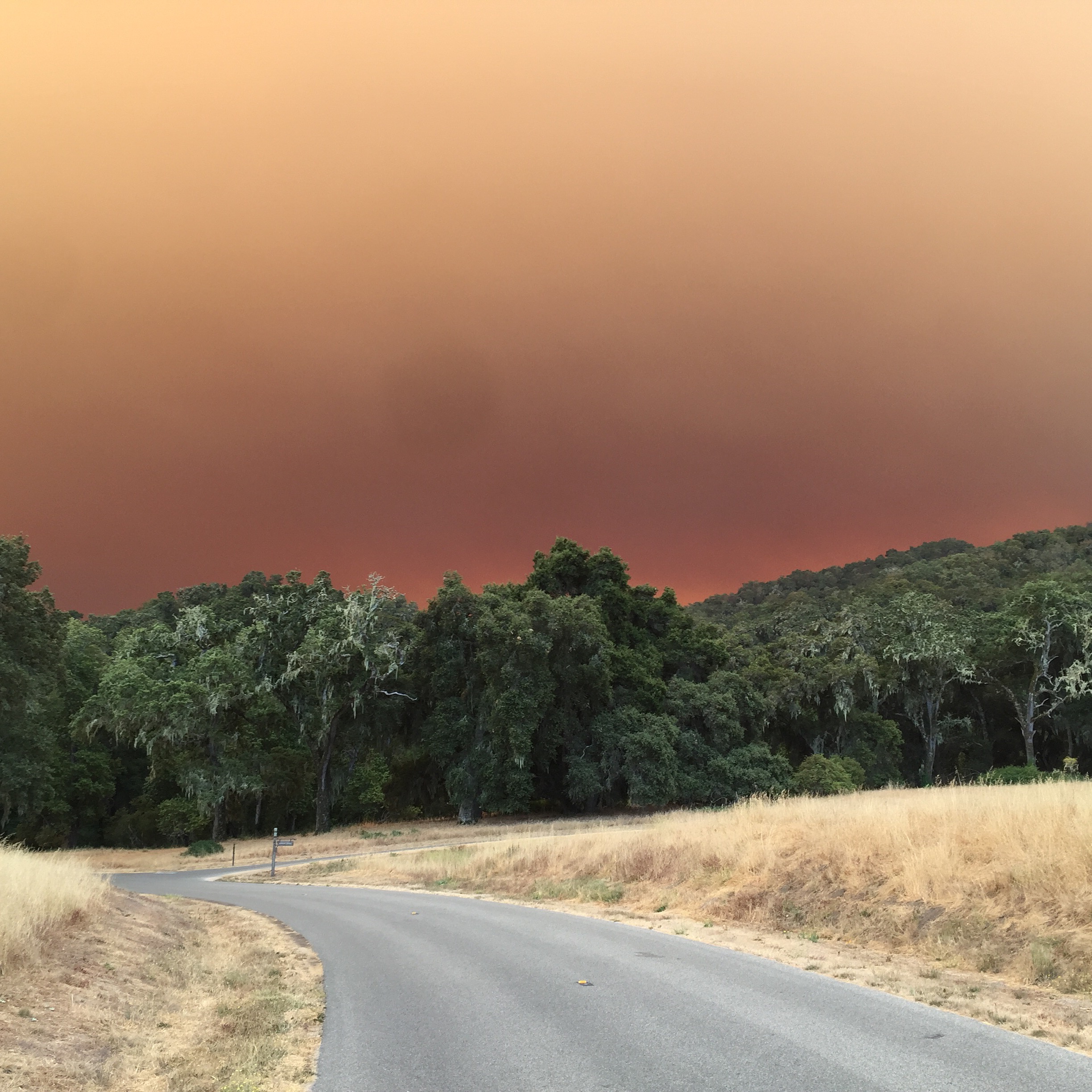 View from the Hacienda 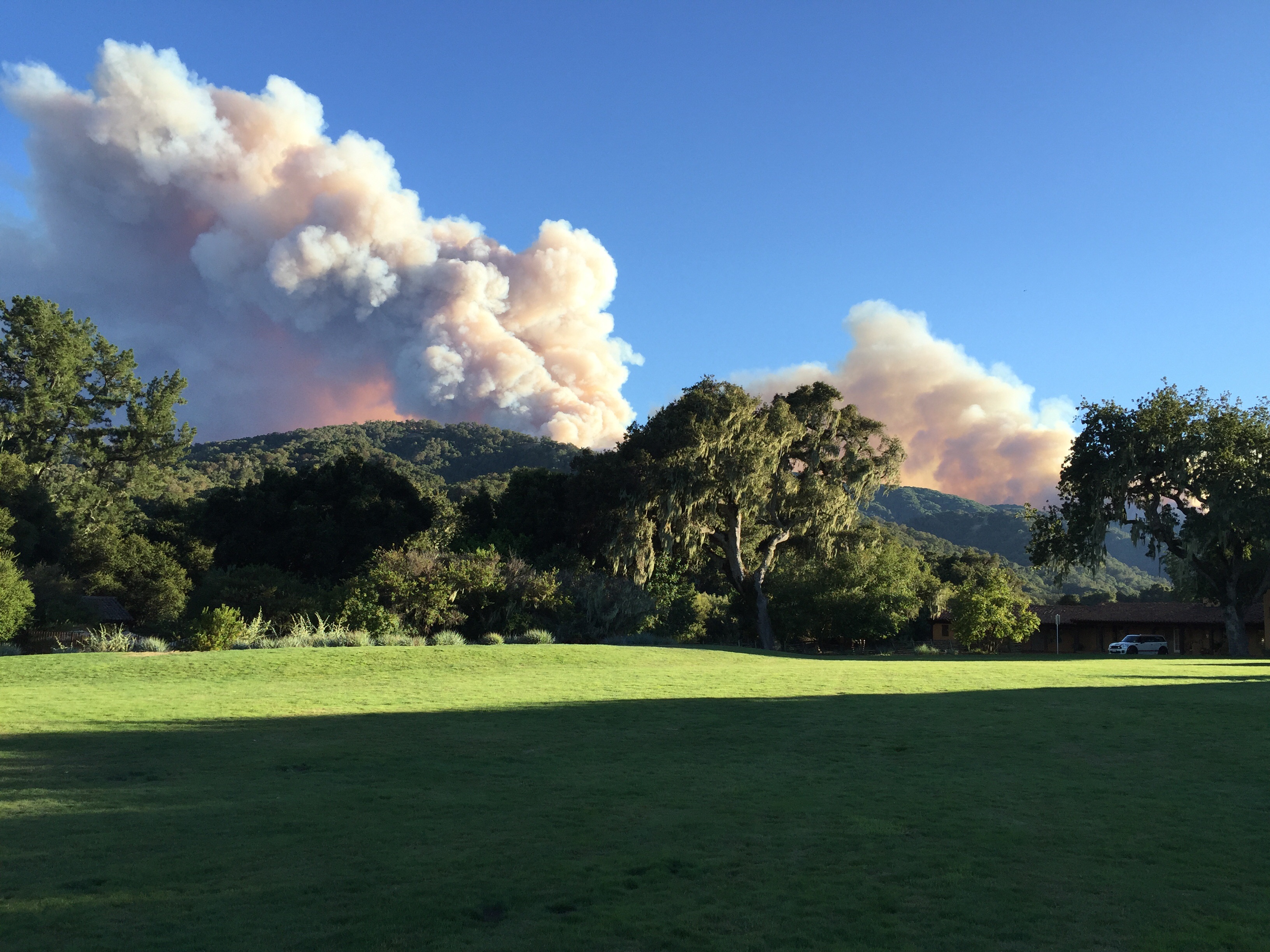 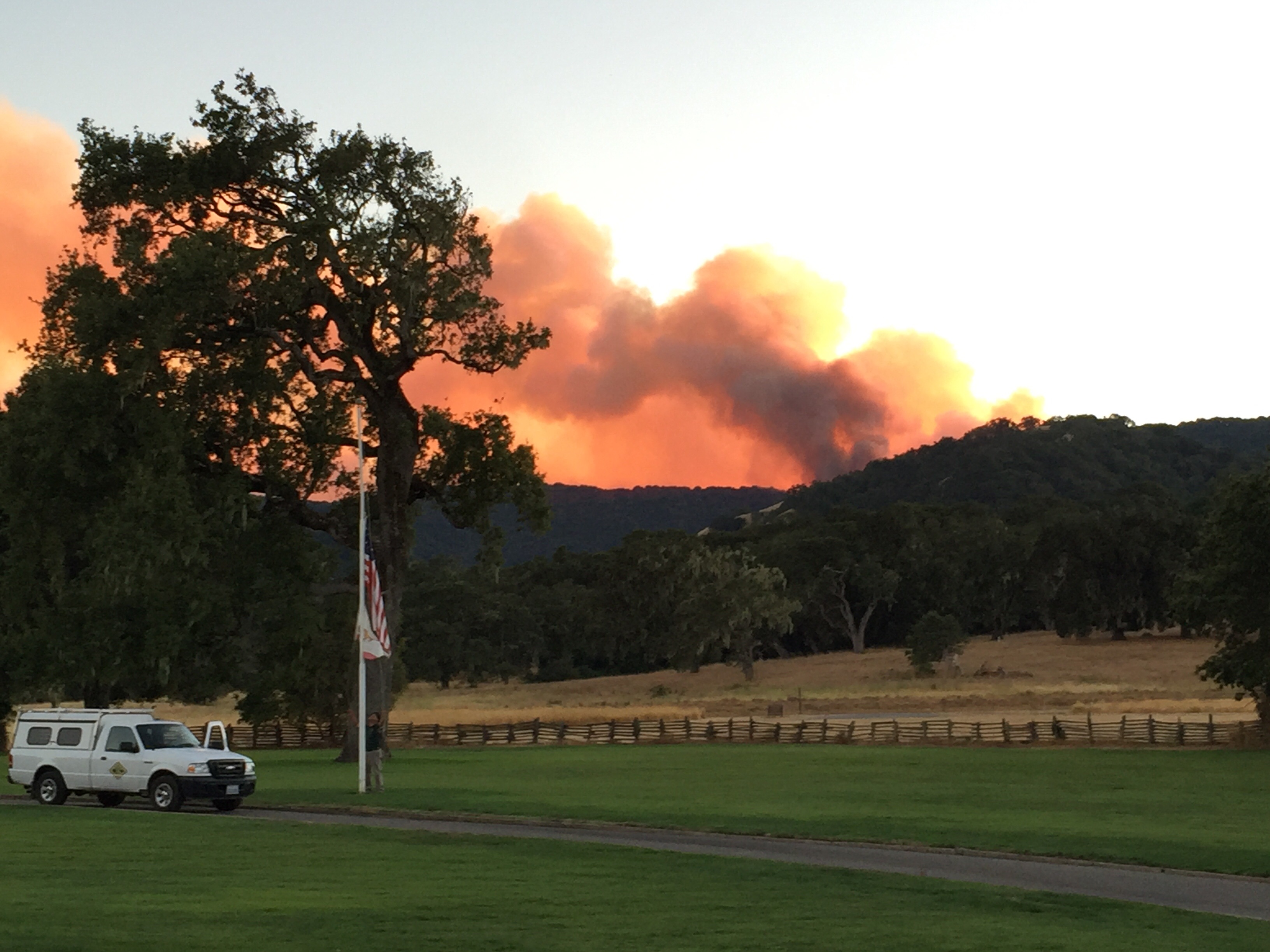 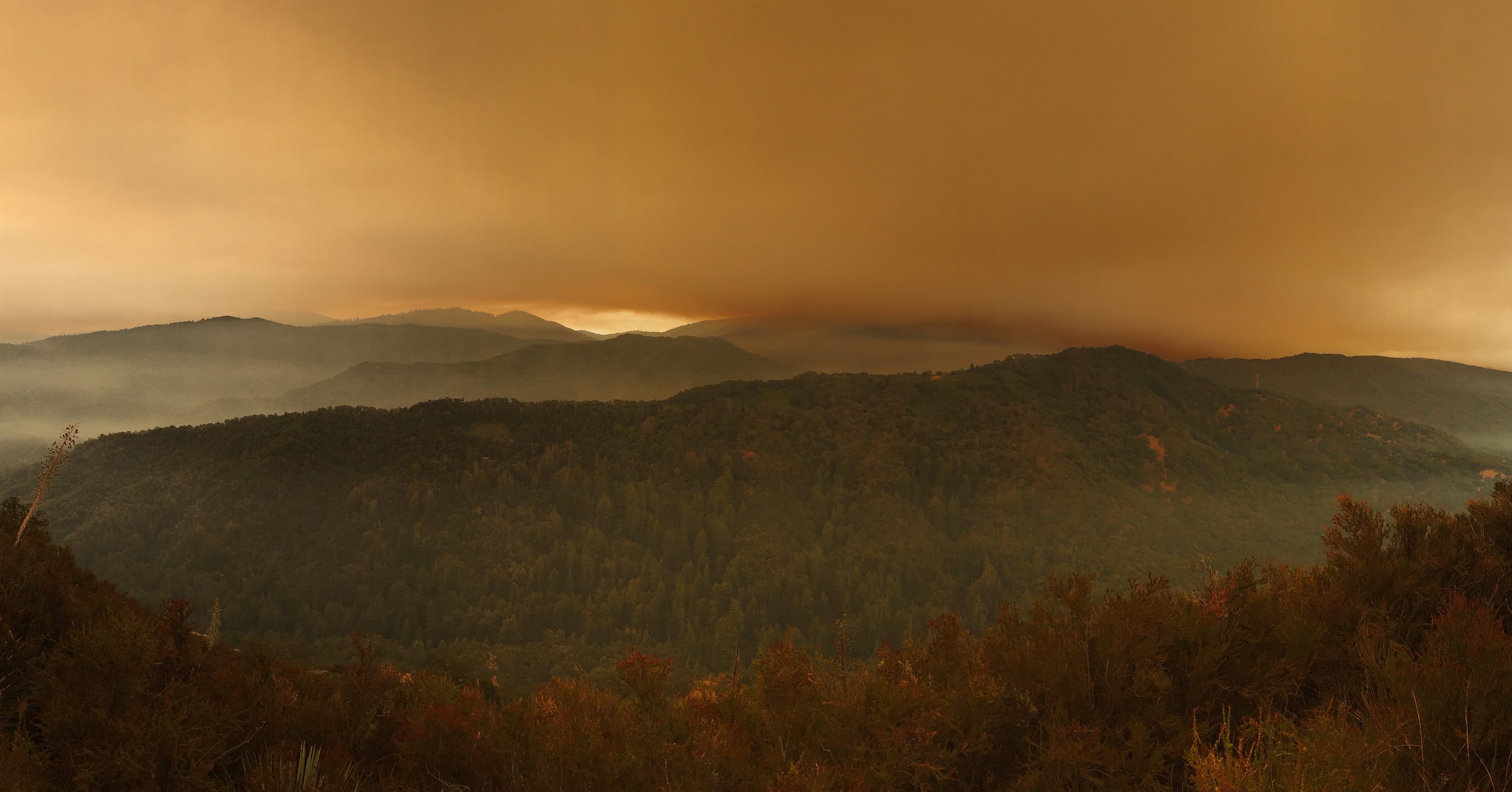 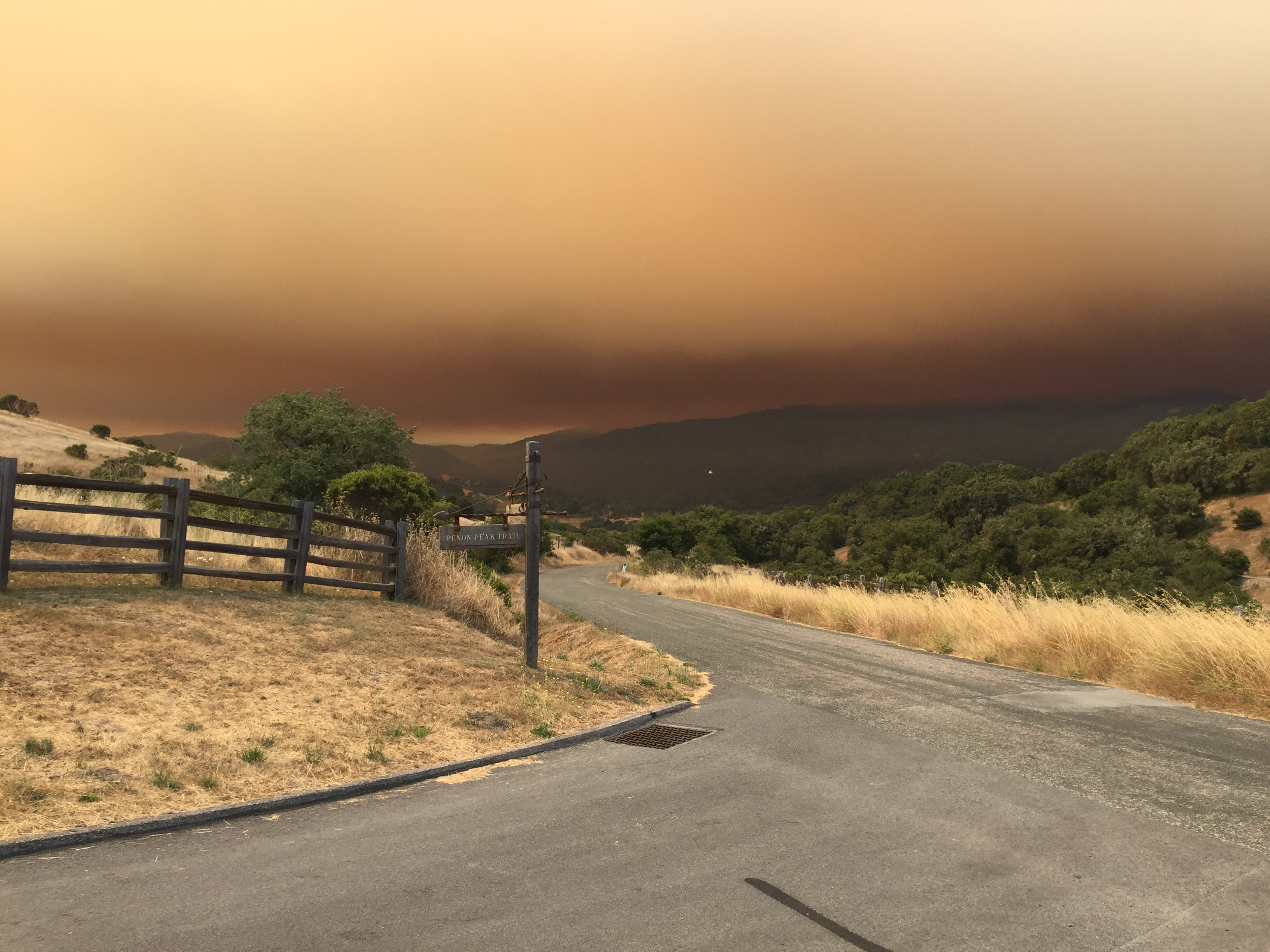 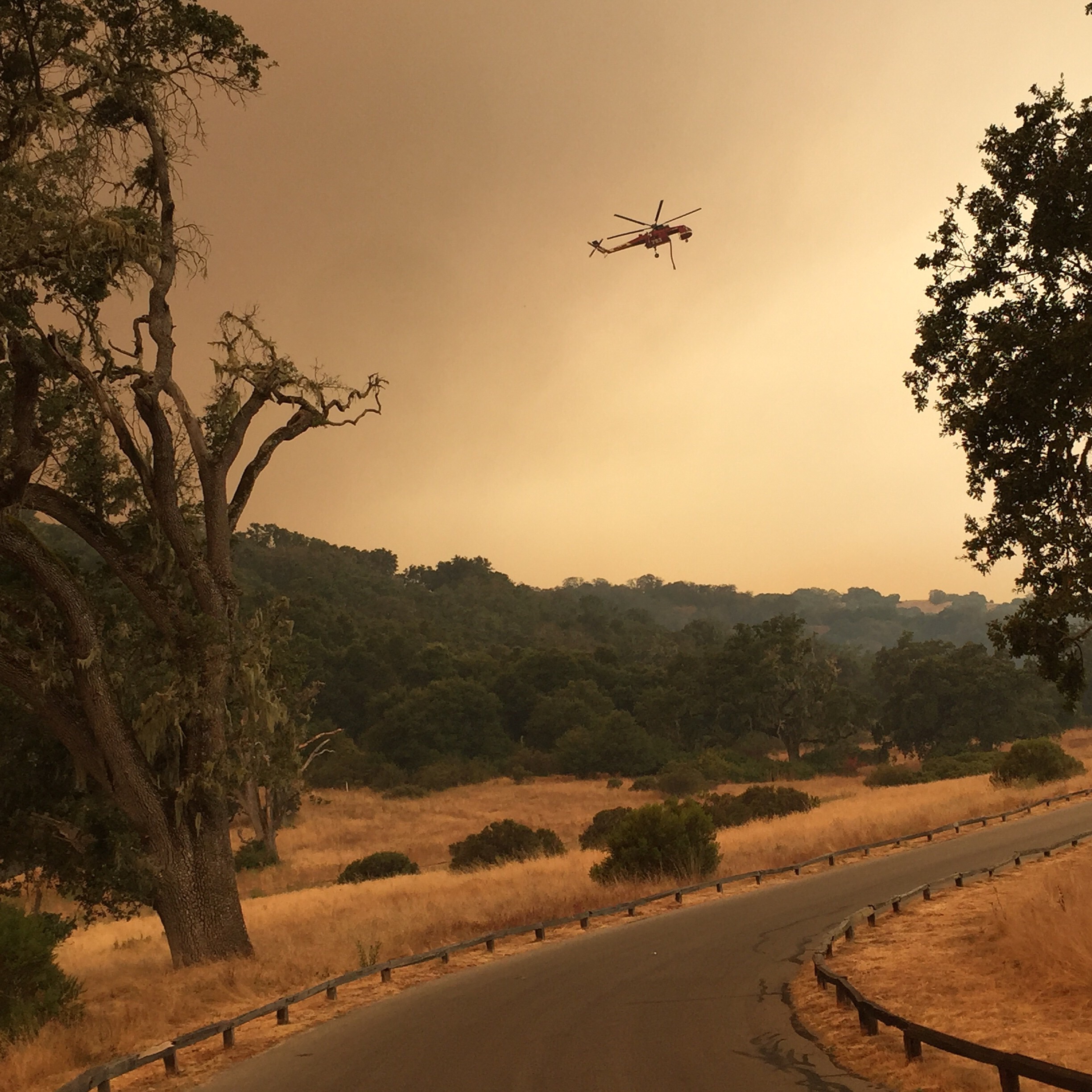 Once a Cook, Always a Craftsman: Evan Shively on Materiality

Evan Shively takes the day at a jog.  The handful of employees at Aborica, his mill and showroom in the rolling hills of Marshall, California, try to keep pace, running from the compound’s wood mill to its showroom and through the stacks of wood piled by the side of its uneven dirt driveway, hardhats clutched to their heads.  They gesticulate wildly to each other – higher, lower, stop, and start – inaudible over the noise of the machines creating slabs from reclaimed wood Evan has gathered from throughout the area.  Their heavy machinery careens around corners, kicking up dust in its wake and coating the yellow wildflowers along the barn in a fine powder.  If there’s a sense of urgency to this June afternoon, it’s because Evan’s wood salvage business is high demand. 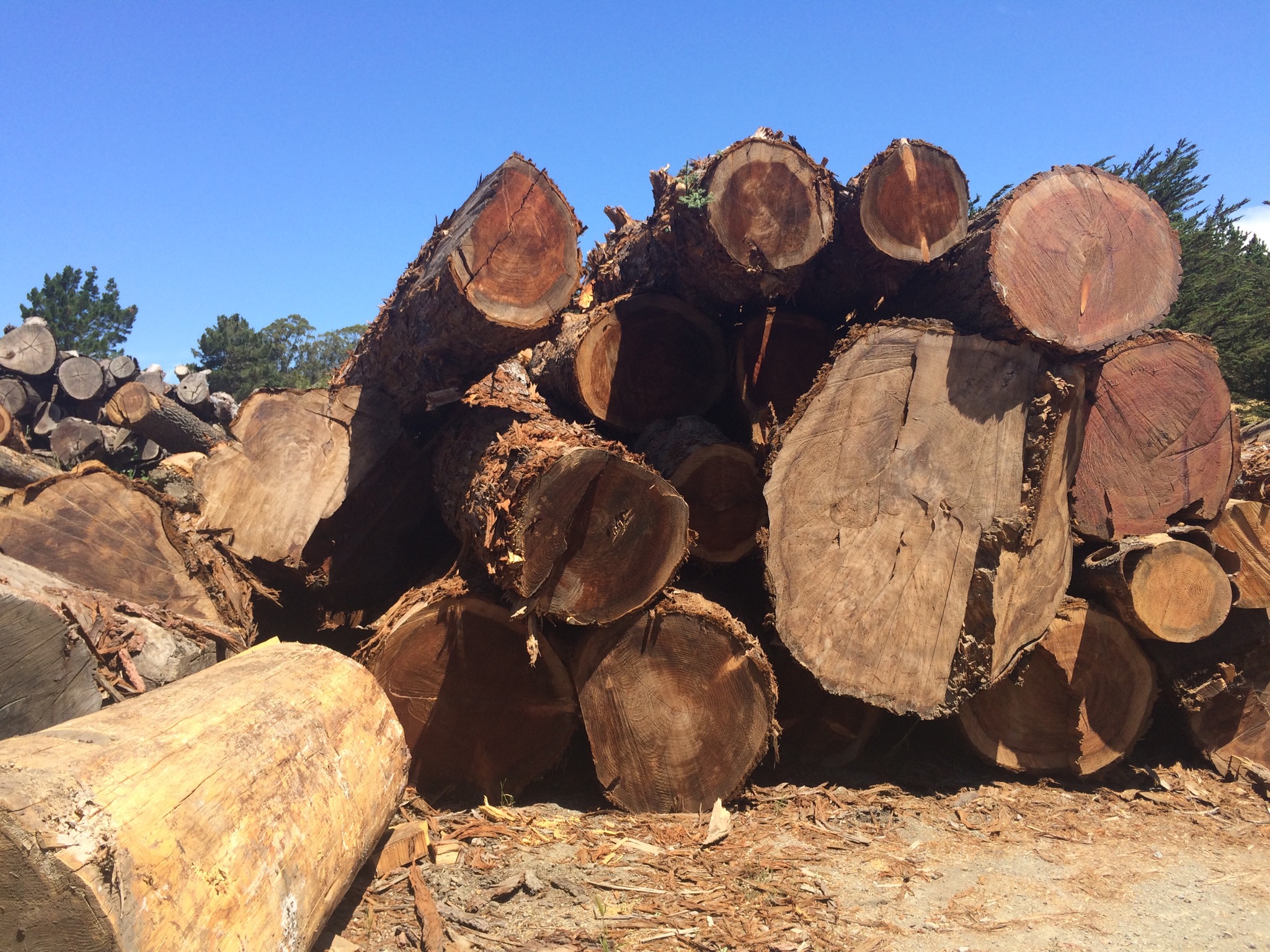 Today, Evan and his team are sawing second growth Redwood for a new supermarket south of the City.  Seven Redwood trees were taken from the site of the supermarket and, after months of drawings and revisions from the client, Evan is sawing them into slabs according to the provided specs before sending them on to the fabricator, enabling them to inhabit their old home in a new way.

One employee, Chris, carefully positions the wooden slabs on the machine used to saw and trim their edges.  Chris is new to the Pettibone machine required to move the slabs, and Evan pushes and shoves a piece of the redwood to position it correctly, wiggling the wood and his hips to place it in precisely the right spot.  At times, the wood, too, appears to be dancing, animated by the machine that props it up on one edge and then the other.  Maneuvering the long slabs and setting them down at just the right angle requires a certain dexterity from the heavy machinery and its driver, and Evan eventually hops up in the driver seat, a measuring tape marked with a Hello-Kitty sticker hanging out of his pocket, to help Chris steer the slabs into place.  “It’s a careful choreography,” he calls over his shoulder.  “It’s like ballet.” 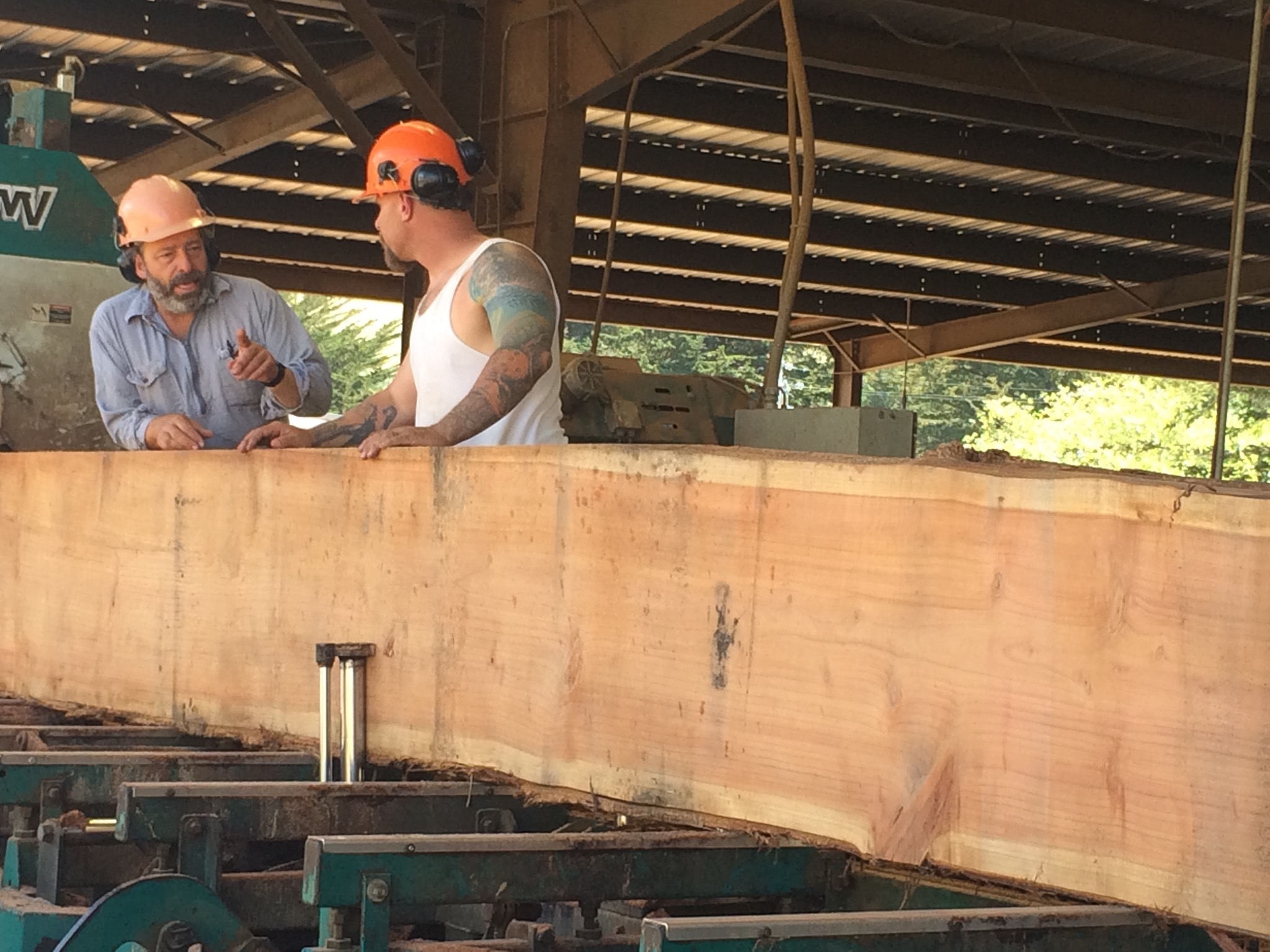 The business of sawing wood, while often branded as based more on strength than on grace, is a careful craft requiring extreme precision and a willingness to linger in the creative process.  And, like any artist, Evan draws inspiration from his materials in their original form and encourages his clients to do the same.  “Being in the presence of the wood is going to give him clarity,” he says of one client lacking design direction.  “He’ll think of the boundless ways he could accomplish his goal, rather than what would be necessary to get him there.”

For Evan, each piece of wood has a personality and a past, and deserves a project that will celebrate both.  As we make our way through Aborica’s barn, removed from the din of the machines down the hill, and a cat scurries from one shaded corner to the next, Evan stops at specific slabs, pointing them out in their stacks as individuals.  “This is one of the most outrageously beautiful things in the shop.  It’s like a natural Noguchi,” he says in front of one Walnut slab.  At a lovely Elm one that has yet to be put to good use, he expresses his genuine disappointment that it hasn’t found a good home. 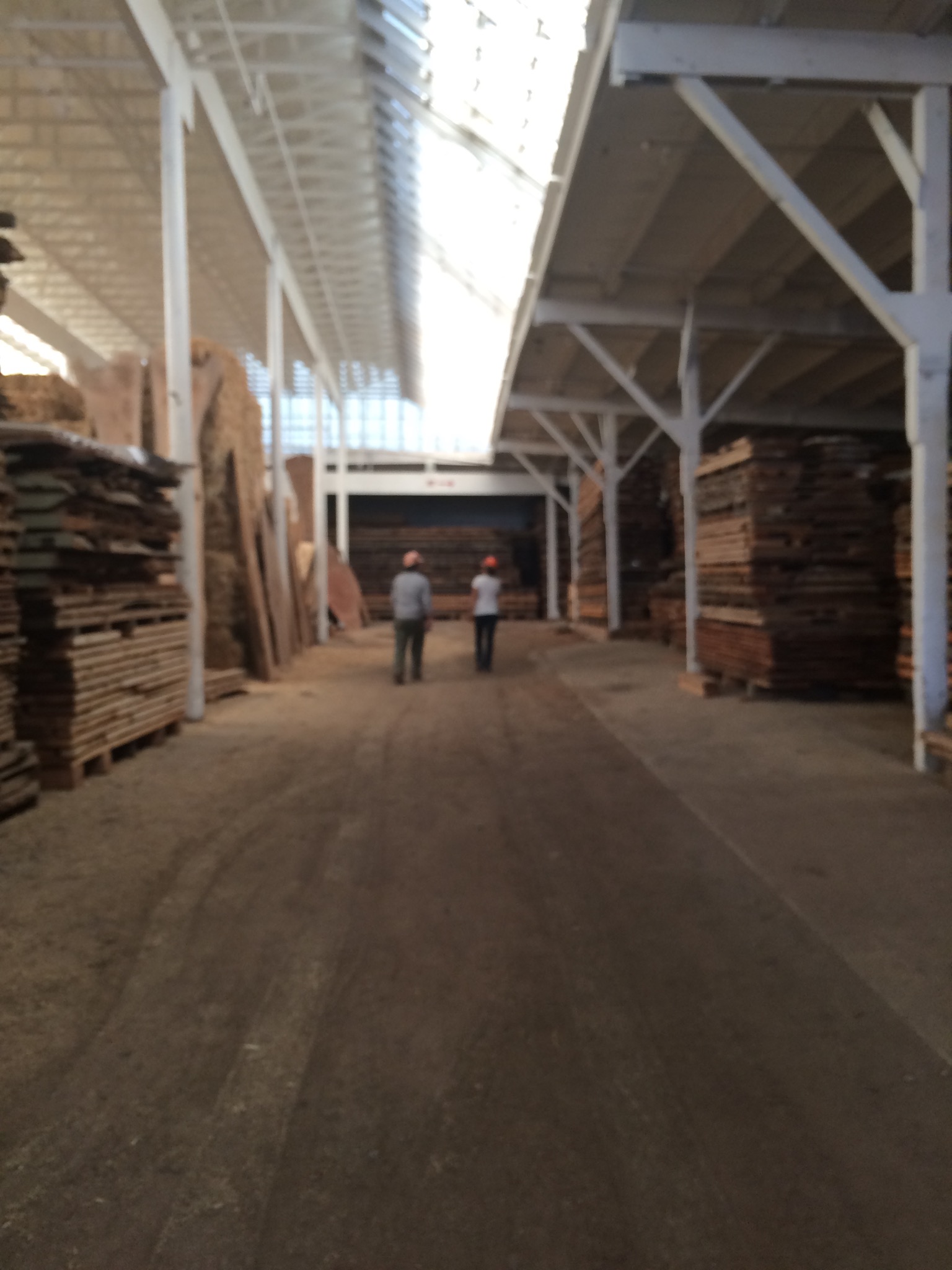 Evan runs back to his office, a shaded and cool room, where the halves of a pitted slice of trunk lie flat on the floor in the form of two arched seats and sketches are strewn across the slab propped up as a desk.  He picks up the phone and dials a friend.

“Happy birthday!” He says when the friend answers. “What you do want me to cook? And, remember we’re not beholden to finger food.”

In his former career, Evan was a successful chef and still throws dinner parties and cooks for friends in the professionally-equipped kitchen of his home.  For his friend’s birthday dinner, he decides to consult the fish market of his choice and ends up settling on 3 lbs of shrimp and 5 lbs of squid, and, after asking if there is “anything else impossibly delicious” at the market that day, decides to “bust a little ceviche.”  The ingredients at hand are driving the meal.

Like working with wood, cooking is predicated on natural materials, Evan explains, and the sweet spot sits at the intersection of resources and design.  Both of the crafts he has turned into professions begin with and hinge on the materials that inspire them.  “You don’t decide to make an arugula salad and then go about making the arugula,” he says. “You have the arugula and think, ‘This would make a really delicious salad.’”  Evan, like us at Feldman, believes that materiality is never an afterthought. 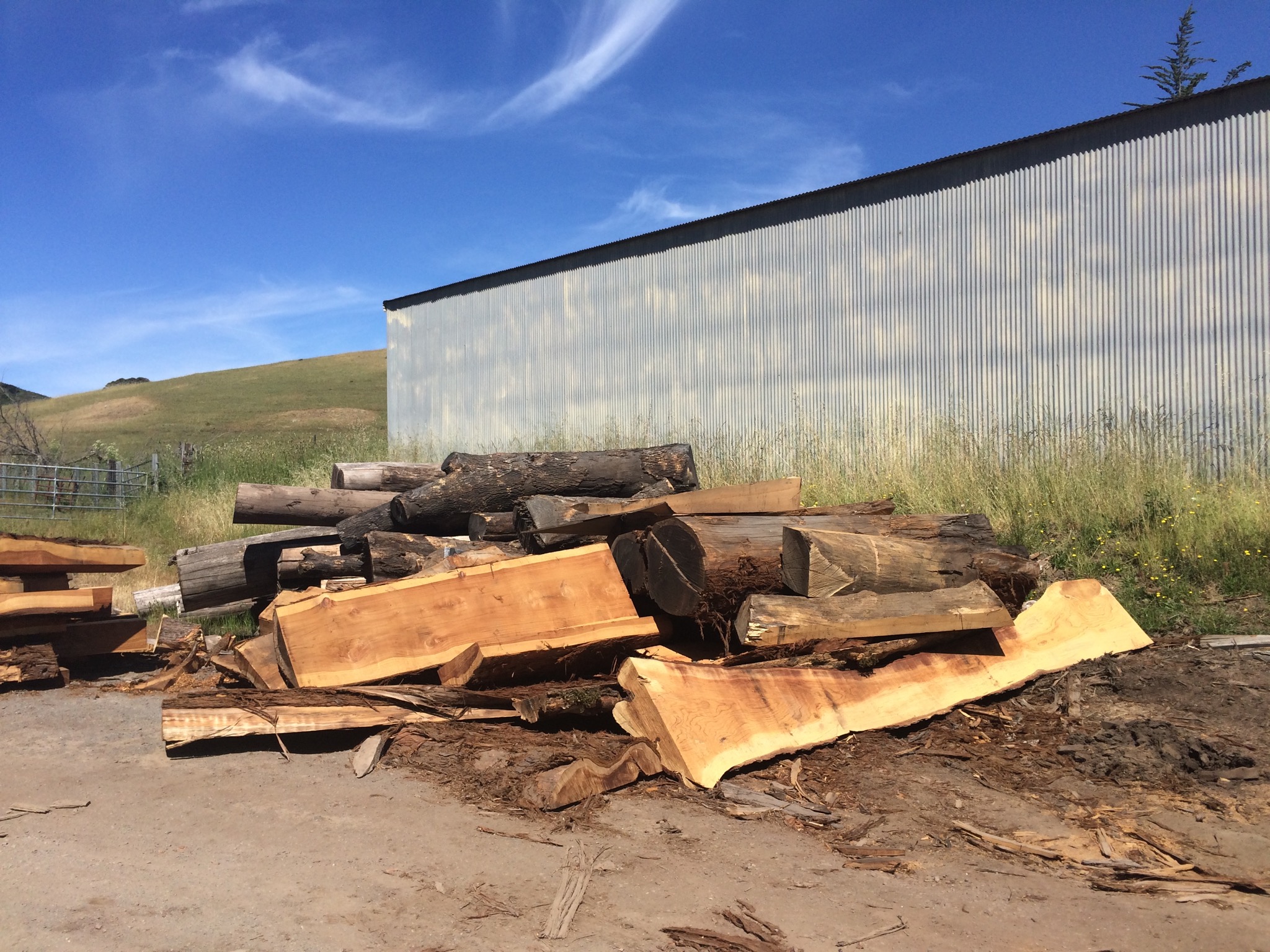 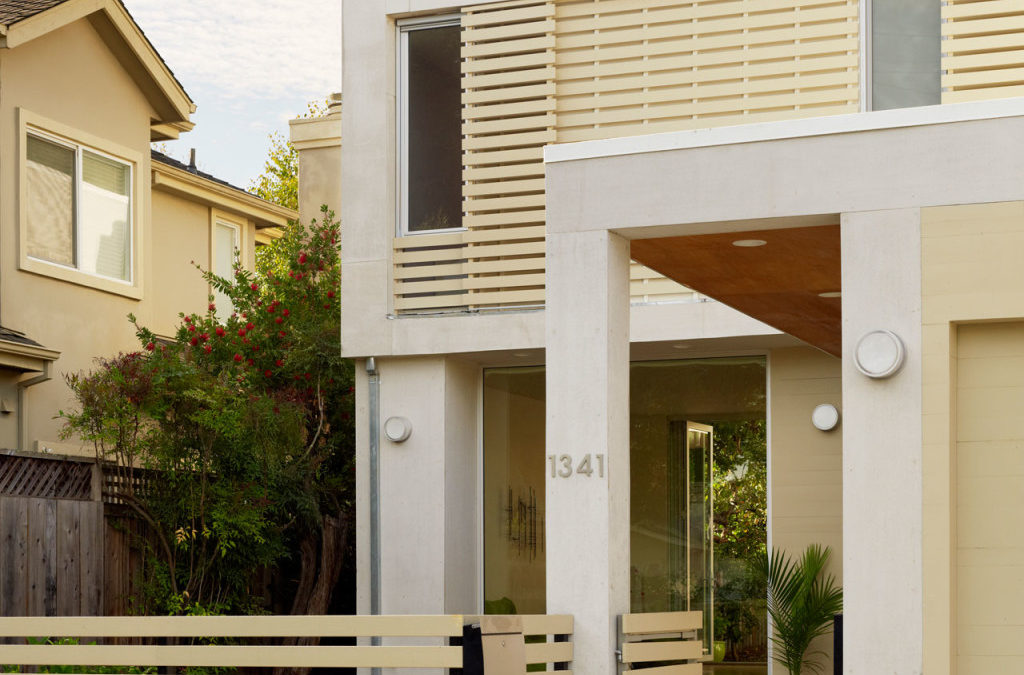 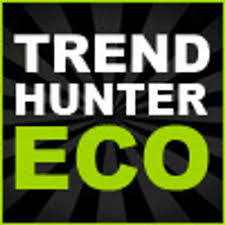 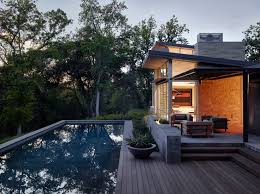 Ranch O|H on the Architecture Club!