The Spirit of Earth Day: Revitalizing our communities...

In the spirit of Earth Day and being good stewards of the environment, it is important to also remember to be good stewards of our community. Rebuilding Together San Francisco is a non-profit organization that connects volunteers with construction projects focusing on the rejuvenation of communities.  With projects ranging from single family homes to non-profit organizations and school facilities, the San Francisco chapter has helped over 1,000 houses and 250 facilities since its inception in 1989. END_OF_DOCUMENT_TOKEN_TO_BE_REPLACED

Passive Air Cooling – It’s not Just for the Birds...

In 2007, Matarozzi Pelsinger Builders worked out of a loft-like industrial space in the Mission that lacked sufficient air flow on the handful of warm San Francisco days.  During those San Francisco “heat waves,” we had to haul out 6’ tall industrial fans in a feeble attempt to move the air. With the fans howling, it felt like working in an old airplane hangar with prop planes readying to taxi out to the runway. END_OF_DOCUMENT_TOKEN_TO_BE_REPLACED 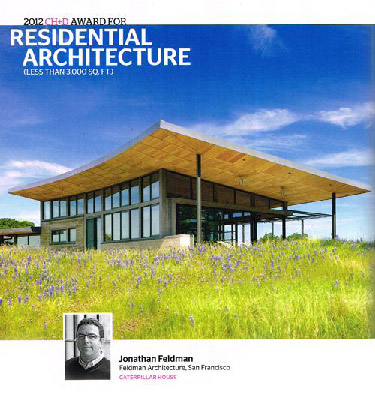 On February 1st, we attended the California Home + Design gala where the Caterpillar House picked up an award for residential design. We also learned in January that Caterpillar earned an award for Excellence in Design from the AIA Monterey Bay and was nominated as an Honoree in the Best of Year ceremonies by Interior Design. A hearty congratulation to the many team members who helped realize this stunning, LEED Platinum home. Click the image above to visit the California Home + Design Website for the full article.

An Office on the Move

After March 25th, we will be settling into a new office near Levy Plaza at 1005 Sansome St., Suite 240, San Francisco. While we’ll miss our lively digs in SOMA and the availability of Sight Glass coffee, we’re excited to more than double the size of our space which will feature, a light-filled conference room, a working area with lots of samples, excellent artwork and all your favorite people. We can’t wait to show you around!

We’re pleased to announce the promotion of Tai Ikegami to the position of Associate with the firm. Joining Feldman back in 2005, Tai has led several amazing, award-winning projects and helped steward the firm in its growth. On February 20th 2012, Tai, Yuchin and Haruki welcomed a little boy into their family, Hayato Ikegami. Congratulations to Tai and family! 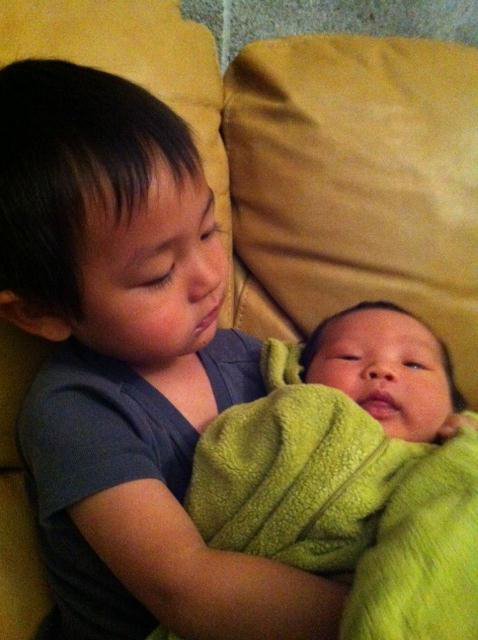 Wishing you all the best,
The Feldman Architecture Team

Most households in the U.S. use natural gas to heat water. Other fuel types include electricity, propane, and heating oil. A typical gas storage water heater has an Energy Factor (efficiency rating) of about 0.6, while a typical electric storage water heater will be rated about 0.9. Based on these Energy Factors it would seem an electric water heater uses less energy.  Actually the opposite is true, here’s why: END_OF_DOCUMENT_TOKEN_TO_BE_REPLACED

Dimming Sets More Than the Mood...

However, sustainable lighting is more of a mindset than a simple effort to reduce watt consumption. It’s about challenging yourself to avoid wasting electricity. END_OF_DOCUMENT_TOKEN_TO_BE_REPLACED 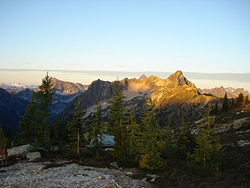 Near my desk I display a small collection of found natural objects from places that inspire me. These objects include a small piece of white marble, a bit of basalt, a stick bleached from the sun and redwood bark ground smooth by the waves. I also have a quote by Rudolph Schindler, an early California modernist architect I admire: Schindler describes one of his projects as fulfilling: “the basic requirements for a camper’s shelter: a protected back, an open front, a fireplace, and a roof.”

Though many of Feldman Architecture’s projects are by necessity more complex than that, I’ve found that the most successful spaces we create have the simplicity in forms, materials and details found in a “camper’s shelter”. To me this nature-inspired minimalism facilitates an appreciation for both the built and the natural world.

In 1943 Herbert and Katherine Jacobs, of Madison, Wisconsin, commissioned Frank Lloyd Wright to design a home for them for the second time.  The first they had built in 1936, the design that became known as “Usonian I” (or Jacobs I), a home that featured low cost construction, an open interior plan, floor-to-ceiling living room glass, and a slab floor, as well as the first adaptation in the United States of radiant floor heating.  Today’s home styles owe much to this original concept.

END_OF_DOCUMENT_TOKEN_TO_BE_REPLACED

‘Tis the season for final exams and design reviews, and in this spirit, we’ve collected a list of favorite books from studies past and present.   Anyone who enjoys reading about the built and natural environment would enjoy them.

At Home, by Bill Bryson
Matt thinks this book is brilliant! It’s a history of domestic life over the last 150 years; if you’ve ever wondered how incredibly difficult life was for us before electricity, dining rooms, silverware, grocery stores, and even indoor plumbing, read this book. Next time you flush the toilet or open the refrigerator for a snack, you’ll think about just how ‘easy’ home life is here in the 21st century. Enjoy!

Learning from Las Vegas, by Venturi, Scott Brown & Izenour
Even if you are not a disciple of Post-Modern art and architecture, the thesis of Learning from Las Vegas breaks down the distinctions between high and low. Hannah enjoys this book’s wit and humor as the authors demonstrate how much we can learn from what has been traditionally deemed “low”.  And what’s not to love about a decorated duck?

Masters of Light, by Henry Plummer
Bridgett finds this book both visually and intellectually inspiring, as it looks at changing thoughts on light across disciplines and at case studies of architecture that are composed of light and shadow.

In Praise of Shadows, by Jun’ichiro Tanizaki
Although we do still prefer our cleanly toilets, we are all inspired to “immerse ourselves in the darkness and discoverits own particular beauty…”

Wabi-Sabi for Artists, Designers, Poets & Philosophers, by Leonard Koren
Modernism is cool, wabi-sabi is warm.Modernism romanticizes technology, wabi-sabi romanticizes nature.
Wabi-sabi is the beauty of things imperfect, impermanent, and incomplete.
It is a beauty of things modest and humble.
The Eyes of the Skin, by Juhani Pallasmaa
“The body knows and remembers.  Architectural meaning derives from archaic responses and reactions remembered by the body and the senses.”

“Associative, wild, free, ordered and systematic thinking in images, in architectural, spatial, colorful and sensuous pictures – that is my favorite definition of design.”

The Tao of Architecture, by Amos Ih Tiao Chang
This is a light read that Tai found to be a good counterpoint to the more cerebral texts required in his university days, when he was more interested in phenomenology than highly theoretical studies in architecture.

The Death and Life of Great American Cities, by Jane Jacobs
A must read for several of us in the office and for those who love the city. Jane Jacobs brought to life the concept of the “eyes on the street” which can be seen in action in amazing, transformative programs throughout the US, including Geoffrey Canada’s Harlem Children’s Zone.

Back to the Future...

41 years ago Denis Hayes, a young activist with a vision for a post-carbon energy future, organized the first Earth Day. That day of celebration and teach-ins was my first realization of how the resource flows through buildings impact the land, air and water.

END_OF_DOCUMENT_TOKEN_TO_BE_REPLACED

We’ve had a busy summer/early fall at Feldman Architecture, and would like to share with you some of the highlights. 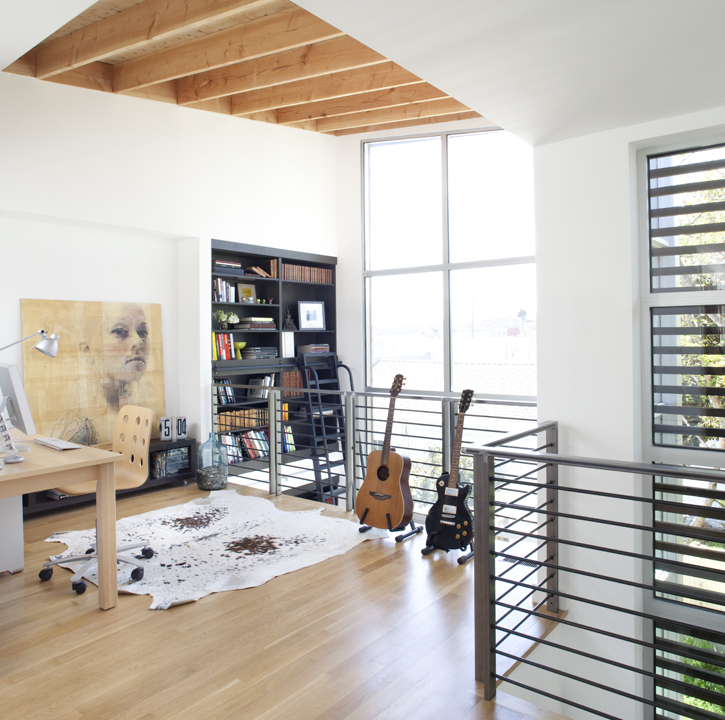 This spring and summer, we completed and photographed several projects.  See the Mill Valley Cabins and the Marin Bungalow on our website.  More to follow soon.

Several projects have received notable attention from the press and peers.  In September, Old Bernal House was included on the AIA San Francisco Architecture + The City Home Tours.  This month, Caterpillar House was one of three homes on tour during the AIACC Monterey Conference.  Caterpillar also won both the EcoHome Grand Award for Design, was featured on the cover ofEcoHome in the July/August issue and took the Grand Award for Custom Homes under 3000sf from Builder magazine.  The Sea Cliff Renovation took the distinction of Best Kitchen from Remodeling magazine.

In news from the FA staff, we have two new employees on board, Kevin Barden, who joins us from Olson Kundig in Seattle, WA and Christopher Kurrle, formerly of Bernardo Urquieta’s office.  The staff has been busy extending the family with Camille marrying Brandon Barker at The Sea Ranch with many FA employees in attendance…. 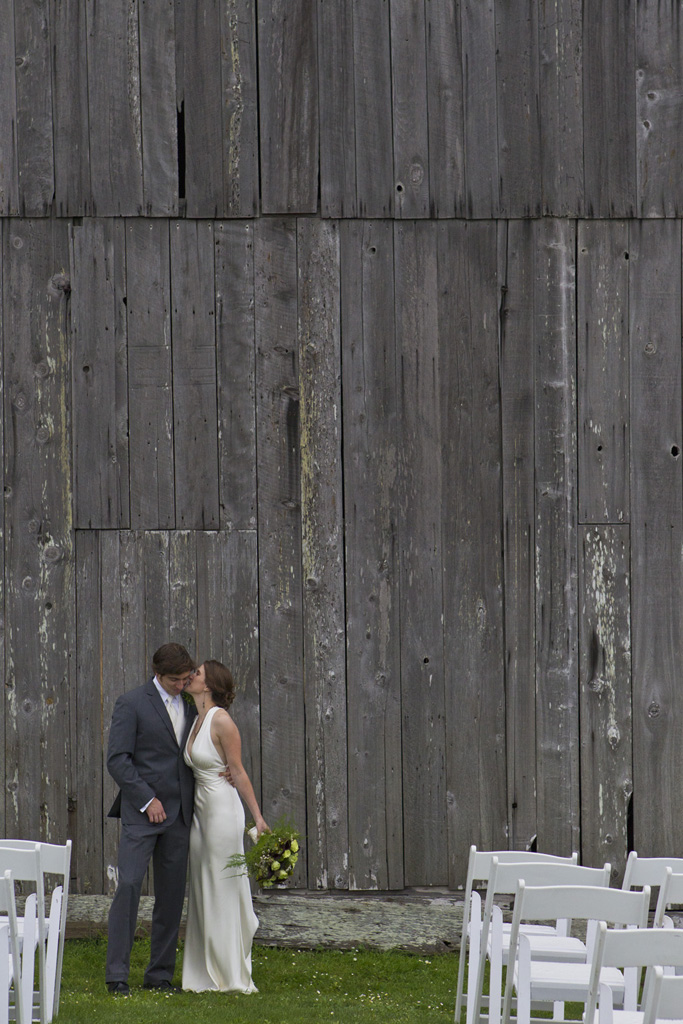 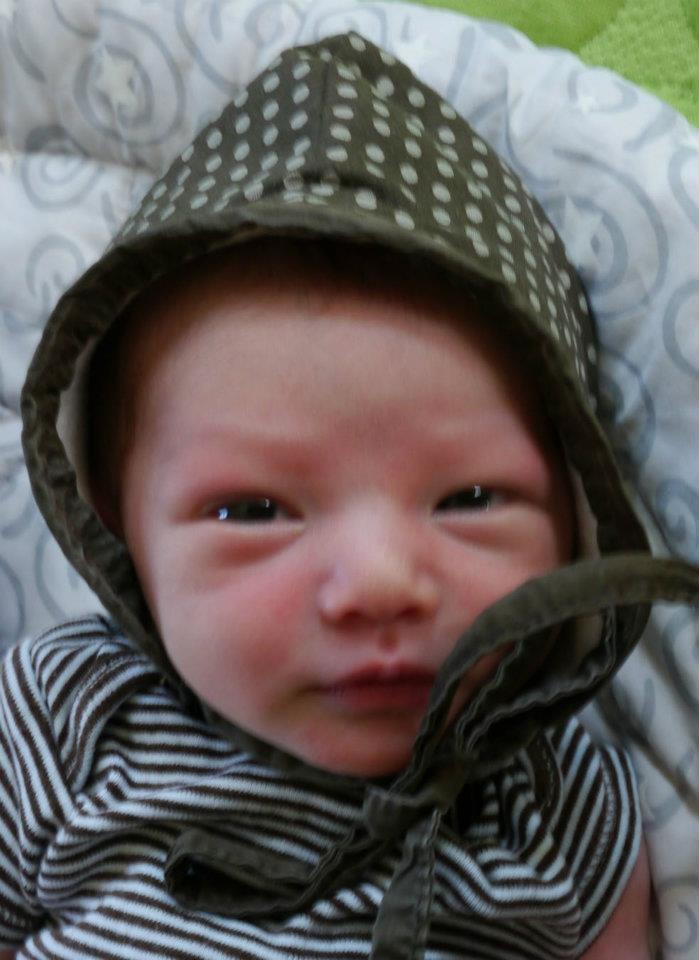 Finally, if you would like to subscribe to our new RSS feed to receive email updates and links to our blog and publications, please visit our website and look for the link in the lower right corner.

Wishing you all the best,
The Team at Feldman Architecture